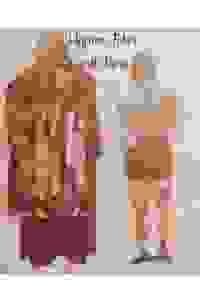 In her third production at JACK, playwright Amina Henry shares a the musical story of a homeless man who is approached in the park by the ghost of a murdered prostitute.

The ghost enlists him on a quest to find her remains so that her grieving mother can finally bury her and move past her grief. 'Hunter John and Jane' approaches trauma, mental illness, and violence towards women in a whimsical way, giving the audience the opportunity to engage with difficult topics through poetic language as well as through a rich musical and visual landscape. With this play, Henry re-imagines what a love story can be, re-imagines what a musical can be, and proposes a world in which all lost or missing individuals are worthy of being found.

See it if your interested in seeing new work with a quirky downtown feel. Not a clear linear narrative but an interesting journey.

Don't see it if your looking for a traditional linear play . If your not open to the use of puppetry and musical interludes in the midst of dramatic moments

"Silly at times, but also wrenchingly empathetic, it is a musical, a murder mystery, a ghost story and a love story...Under Sash Bischoff’s busy direction, much of the play’s force leaks away in gestures and dances, set to Jack Dentinger’s live music, that repeat and repeat without really accreting. Ms. Henry’s script has its drippy points, too...Whimsy is also hard to swallow. More persuasive is the rawer stuff, Ms. Henry’s peculiar blending of horror and compassion."
Read more

"Henry’s theatrical world is funny and strange and unpredictably horrible...There’s a Brechtian quality to the dialogue, which combines delightfully direct declaratives with imaginative expressions of emotion...At nearly two hours, 'Hunter John and Jane' feels longer than strictly necessary, and its songs don’t land as sharply as Henry’s dialogue...Even so, Henry’s writing is generous and surprising; if you haven’t seen her work, do so now."
Read more