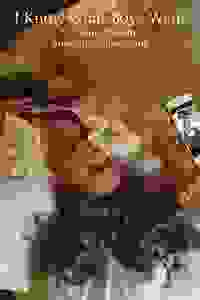 I Know What Boys Want NYC Reviews and Tickets

The independent theatre company Ego Actus presents a remount of their 2013 best-selling cautionary tale in which a prep school girl discovers that this week's Internet sensation is a video of her having sex.

Vicky Walker finds herself in the center of an enormous firestorm after a sex video featuring her and her boyfriend, Roger, hits the Internet. Vicky was drunk and possibly drugged when the video was made, and she certainly did not give permission to her boyfriend's buddy Oliver to tape it. For Oliver it's a goof: a chance to get back at Roger for a prank and a play for Vicky, on whom he has long had a crush. But for Vicky, it's devastating. Her feminist mother wants to help, but Vicky insists she can handle the crisis alone. Can Vicky free herself from the Internet, or will she always be caught in its web?

See it if You are a parent of a teen on social media. Take your kid with you, you're guaranteed to have an eye-opening conversation on the way home.

Don't see it if You're not interested in the topic of the damage social media can do to kids, or if you disliked the TV show Gossip Girl and its clones.

See it if you appreciate a socially conscious and gripping drama with a very talented cast about social media and bullying.

Don't see it if You don't like teen dramas or Gossip Girl.

Don't see it if You want a story that hasn't been told before- I've seen at least 4 plays with the same exact story line.

"Where they play succeeds is in its raising of many complex issues about life in this upscale community, But it does not explore them adequately. Instead, it resorts to patterns of cliché and one-dimensional characterizations so that what we are presented with is a shallow soap opera rather than a serious examination of the issues we are meant to consider about the here and the now... It needs to dig a lot more deeply into the all-too-real problems it has identified."
Read more

"The author’s understandable anger leads to a good deal of melodrama...'I Know What Boys Want' tries to cover a few too many topics in its 90 minutes....Unfortunately, the many short scenes and the attempt to cover too many teenage problems all in one story dilute its effectiveness. The play needs another rewrite in order to reach its potential as an important work"
Read more

"'I Know What Boys Want' is bold, provocative, and wise...This timely and socially relevant drama illustrates how social media can be used to foster sexual subordination. The play illustrates the power of challenging expectations, speaking out, and fighting back. Director Joan Kane keeps the action moving and the quick pace mirrors the speed with which words and images spread between people known and unknown to those involved."
Read more

"The production doesn’t fulfill the promise of its concept. Undermined by an unfocussed script and shallow characterizations, potentially good performances can’t flower and a compelling story can’t crystallize...Through a long sequence of brief scenes the story blows in too many directions and dissipates...Lifetime movies do this stuff better.'
Read more

"This play asks difficult questions and, if you’re in any way involved in bringing up a child, should make you scared for their future...The youthful cast convincingly create the sinister atmosphere of an elite school. Joan Kane’s direction highlights the cowardly, victim-blaming mentality. Al Foote III’s fight choreography takes the show out of the orbit of the after school special."
Read more

"Though Jackson’s dialogue, on the surface, is sometimes weighed down with clichéd or unnatural exchanges, on the whole it presents a thoughtful and nuanced picture of an entirely present-day situation. Each of the characters begins as a sort of stereotype, but six out of eight of them transform into complex and dynamic individuals...The actors, dialogue, and staging all seemed to grow up before my eyes...Overall, 'I Know What Boys Want' packs a surprising emotional and intellectual punch."
Read more

"Penny Jackson's new play 'I Know What Boys Want' is concise, dense, harrowing, and as timely and topical as whatever is trending on Bing or Twitter or Google right now...Jackson is a skilled dramatist, so this play never feels polemical or exploitative; she uses the intimacy and freedom that the indie theater ethos provides to deal frankly and incisively with these subjects that so concern her...The staging is economical, spare, and very involving...The cast is uniformly excellent."
Read more

"Jackson’s play raises timely questions, albeit using characters boxed into Upper East Side prep-school stereotypes. Yet under the direction of Joan Kane the young actors own their archetypes—once they settle in—adding nuance to their performances and overcoming what could have been confining clichés...With a bit of tweaking, 'I Know What Boys Want' has the potential to leave an indelible mark."
Read more