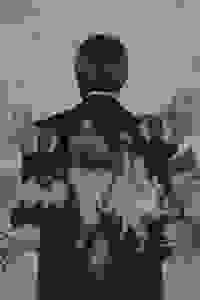 New Light Theater Project presents an encore presentation of this drama, which explores themes of greed, willful blindness to the truth, and the beauty and danger of absolute faith, either in God or in men. More…

"Imagining Madoff" finds Madoff in prison, determined to control his own narrative for history as he dictates to a visiting biographer stories about his childhood, his family, women, money, and an all-night meeting he had with Holocaust survivor and poet, Solomon Galkin.

See it if you can't get enough of Madoff. Or of inane Torah discussns. BLM wouldn't disclose his scheme to outsider. No light shed on his evil.

Don't see it if Closing line is ridiculous. BLM feels NO remorse as a narcissistic sociopath. He isn't suffering; his victims are. Play was harmful drivel.

See it if you’d like to experience a deep, imaginative exploration of what leads “great” men to deceive the people that trust them.

Don't see it if you only like traditional plays: This one plays with the form.

Also Deb Margolin’s “Imagining Madoff,” making a belated NYC premiere, is among the best new plays I’ve seen this season, in a production that could hardly be bettered, featuring 3 intense, intelligent, humane, at times wrenching performances from the actors playing the script’s 3 characters, Bernie Madoff (the financial advisor & incomparable fraudster who swindled thousands of clients out of billions of dollars), his secretary, & an aging Jewish poet & concentration camp survivor whose synagogue is a Madoff client. Margolin’s choice to make the poet the play’s anchor determines its emotional tone & intellectual energy & lifts the action well above the sordid particulars of massive fraud & into the realms of poetry & philosophy. The old, bent poet, deeply wise & experienced in the devious ways of world as few people can be, nonetheless puts full trust in the con man, only to be left once again to wonder at life’s awful mysteries & the dark, unfathomable human heart. Kudos to all involved.... Read more Read less

See it if Philosophical fallout from criminal intentionality w/ great acting."I was just the arms and legs that helped money move."Discussion on faith

Don't see it if Following orders blindly discussed with the dangers of piety and The Holocaust and Ponzi schemes. "Money can turn everything into itself"

Also "When I spill, I never clean-up." Ahem.

See it if Quite a performance by Jeremiah Kissel in particular, but all three actors were excellent.

Don't see it if You have no interest in reliving the Madoff scandal.

Also Very small theater, open seating so arrive early if you want a very good seat. All seats are fine though. An hour and a half, no intermission.... Read more Read less

See it if You like imagined stories about real life difficult events.

Don't see it if You want a real play telling an enlightening story.

See it if you want a drama expressing what might have been some of Madoff's motivation and his total lack of morality, not historically accurate

Don't see it if you have no interest in Madoff either as a person or his motivation to do what he did. You were a Madoff victim and don't want any reminder

See it if If you feel compelled to see the whole collection of MADOFF products and don’t care how boring it is.

Don't see it if You’re looking for entertainment. This is a dull play about a tragic story.

See it if love tales of self-determination+profit motive (Ink, Lehman Trilogy). This rerun of capitalists gone wild has Don Draper as Jewish financier

Don't see it if If I see 1 more amoral opportunist framing power in terms of psychosexual conquest/conflating fortune w/ exposure of a bare-chested woman...

Also ...I will barf in the aisles. Excellent cast giving fluent performances, but the tension of the Madoff scandal has gone slack in light of more recent, high-profile abuses of trust/prestige/money. The play is arguably a still-relevant profile of rabid, masculine self-interest, but lines like, “[When] you work for a man, he owns you,” and “I feel sad that I’m able to lie so easily,” are hardly bombshells anymore. IM might work for you if you’re drawn to Mamet-like bravado; if not, you might be underwhelmed by the less-than-insightful musings of a generic blowhard.

I know it’s not this 2010 play’s fault that, in hindsight, it turns out Madoff’s flagrant disregard for ethics is numbingly unexceptional. There’s certainly an audience for whom this topic never gets old and always finds it worthwhile to peer at an illicit deal-maker feverishly stoking his turgid self-regard. But this imagined fusion of sex & greed feels trite & artificial next to the horrifying real life examples.

See it if A creative drama about the motivation behind Madoff’s behavior. Well written 3 person thoughtful play.

Don't see it if Do not see if you perfer light , fast moving dramas or musicals. You have to listen intently to this play.

See it if you want a fictionalized impression of what might have gone through the mind of a monster. Interesting point of view.

Don't see it if you want facts. Many inaccuracies.

See it if you like plays that have little dialog, many soliloquies, religious philosophizing and fine acting.

Don't see it if you dislike plays that present characters tediously & pretentiously telling about themselves to elucidate their motivations & personalities.

See it if you still marvel at how one human being can be so horrendous and are curious about what makes a person like that tick.

Don't see it if you're overdosed on Madoff or are looking for new information. It's an almost compassionate look at one of the great villains of our time.

See it if Beautifully written, directed and extremely well acted play. This show is ready to be moved to Broadway with very little changes.

Don't see it if Bernie Madoff is an uncomfortable topic, then this is not your play.

See it if You are interested in explorations of morality, and the breadth of moral responsibility, in light of Madoff’s crimes.

Don't see it if Spending 90 minutes with a reprehensible person is more than you can bear.

Also This is dense and intellectually challenging. Drink a cup of coffee before going. Note: the theater is uncomfortable, seats crammed together.... Read more Read less

See it if You enjoy plays about current events

Don't see it if You prefer fluff

See it if Beautiful poetic language and terrific performances. Allen is wonderful.

Don't see it if You want a history play. This is a fictionalized memory play exploring motivation, greed, guilt, idol worship and a host of other ideas.

See it if You like small theater productions about Maddoff, Jewish themes and philosophical dialogue. Strong acting

Don't see it if Script rambles and 90 minutes seemed Slow

See it if You know someone in the cast. The acting was very good.

Don't see it if You want to know more about Bernard Madoff. There’s no resin to see this play except for the fine acting.

See it if You want to see an extremely compelling performance from the terrific actor playing Madoff.

Don't see it if You don't want to see this performance lost in an unfortunately dull play.

Don't see it if Madoff and his motivations disgust you. Or want more straightforward exposition

See it if Deb Margolin's smart 2010 take on the moral & ethical lapses of BM, a debate informed by an imagined encounter with a fictionalized Wiesel

Don't see it if wanting revenge tragedy; no vindictiveness here, only genuine questions of moral culpability, which have alas since been eclipsed many times

Also All three actors--as BM, his erstwhile secretary, and the Elie Wiesel figure--are excellent under Jerry Heymann's fluid direction. I saw the encore engagement at Theatre Row in a space that unfortunately seems to suck the energy out of most productions with its barren acoustics and poor sightlines. Nonetheless Margolin's intelligent script is worth hearing even under these less-than-ideal circumstances. The psychology of pathological liars has become depressingly familiar to us, but what's really of interest here are the philosophical contradictions and ethical conundrums teased out in Madoff's imagined encounter with a beacon of moral authority to whom he finds himself on the brink of confessing. Why he couldn't stop is not as compelling as watching how he continues in the presence of such a counter-example.... Read more Read less

Don't see it if It is a very slow and long play. I found it very dull but great actors made it worthwhile

Don't see it if You like comedies and musicals

See it if fictional account of Bernie Madoff meeting Elie Wiesel with a discussion well into the evening hours.

Don't see it if I thought the acting was good however I really didn't learn anything new regarding Bernie Madoff. Show runs 90 minutes.

See it if You are interested in the Madoff story. Intriguing theme, but nothing new. Ambitious, but disappointing.

Don't see it if You expect some insight to the motives for this Ponzi Scheme. The last half hour dragged. 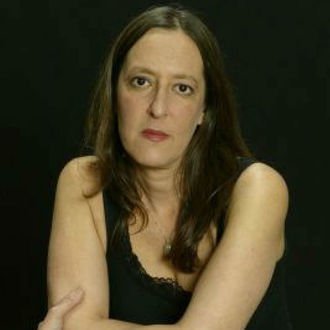 Deb Margolin
Playwright
Get Alerts Alerts On Alerts Off 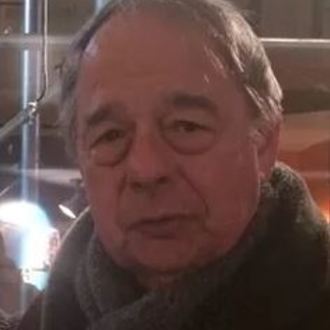 Jerry Heymann
Director
Get Alerts Alerts On Alerts Off