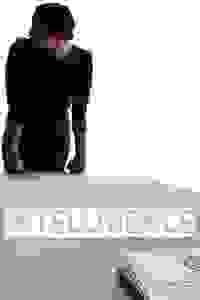 This new drama pulls the audience into a Washington, D.C. basement conference room for an intense experience of how we code and decode others and ourselves through our imaginations.

Sarah MacIntyre, a presidential appointee parachuted into the Foreign Service, has been assigned two wary young diplomats to develop her pet project: New Training Scenarios for the Resolution of Intractable Global Situations. The three begin to role-play, led by a charismatic woman experienced in persuading men to lay down arms. Suddenly, a rebel group lashes out in a distant country, destroying the tenuous peace recently negotiated by McIntyre. The women’s role-playing becomes increasingly charged, pushing them deeper into the bodies and minds of violent insurgents. Meanwhile, as Washington undergoes its own regime change, their work becomes active weaponry for Sarah’s political enemies.

See it if Banner tries to build up a dramatic situation but fails. What should be strong characters are more like Nancy Pelosi puff balls.

Don't see it if If you want a suspenseful play that leaves you on edge. Banners characters are weak.

Don't see it if You have to suspend a lot of disbelief to buy into this. Dramatic risk taking by the characters feels contrived. Creative but not moving.

See it if you’d like to see a smart, quirky take on the current dismantling of diplomacy underway under the current administration.

Don't see it if intense emotions let loose in a tiny space intimidate you. Read more

See it if A guidebook for conflict de-escalation is written while a diplomat is debriefed after returning from an area rife with violence and perfidy.

Don't see it if You aren’t prepared to see a meta-interpretation of what the stripped-down State Department may become under the current administration.

Don't see it if Serious stuff. Drags a bit midway, then picks up pace for satisfying resolution.

See it if you are are looking for a whipsmart play about politics -- and women place in diplomacy.

Don't see it if you aren't prepared to pay attention. It is somewhat dry but always fascinating. The axis of power turns enough to keep things interesting.

See it if you love thrillers and plots featuring cut-throat competition, and/or you're interested in plays about politics, US foreign affairs, or govt

Don't see it if you care about "character likeablility," or you don't like plays having unanswered questions or details, or mental note-taking

See it if you have an interest in U.S. politics, particularly international relations, and want to see good performances.

Don't see it if you want a cohesive story line. Or if you want a satisfying ending. I'm not sure what message the play was trying to convey.

"What you’ll get is a play that might not make much sense, but can still thrill...Even when the stakes should feel low (this is just a role-play, right?), most moments seem balanced on the edge of a very sharp knife...It’s exciting, too, to watch women take on the kinds of roles and wield the varieties of expertise that have mostly been accorded to men...As the tension rises, the logic tends to tumble...But 'Intelligence' has a velvet-glove grip that’s neatly unrelenting."
Read more

"While the play is built to feel like a pressure cooker, Banner has left the lid open...Banner never lets her characters speak in specifics, and generalizations have a way of making time stretch. There’s trouble, too, in whom she’s chosen to focus on...despite a lot of very tense talking, the play keeps surrendering its sense of urgency...Chayes does crisp, sometimes quite funny work with the physical staging, and the three actors thrum with intensity."
Read more

“Banner, has plenty of the title quality and she certainly knows how to pen a crackling scene or two, but she has constructed one of the murkiest plots, a concoction that is, alternately, too reticent and too fanciful to be taken at face value...Just when it looks like ‘Intelligence’ is going to come off as a twisty, engaging psychological thriller, it trails off into anticlimax...’Intelligence’ is, nevertheless, easy to take, thanks to Chayes' tense direction and the performances."
Read more

"Generic title aside, Helen Banner's 'Intelligence' is excellently written, intense, and thought-provoking. Its characters' high-stakes struggle for power and control, both politically and personally, is compelling to watch."
Read more

“'Intelligence’ is messy...It is an unusual play...Dialogue will sound natural in one moment, and like a thesis statement the next...Structural chaos is deliberately destabilizing...Some elements of the script prove iffy...When the mess takes over, though. In knocking three smart, uncertain, complicated women against each...Banner concocts a wonderfully satisfying theatrical space...Unashamedly political, intellectual and female. Most exciting of all, it is unpredictable.”
Read more

"The play's critical swipes at the Foreign Service's inhumanity and the current administration's diplomatic cutbacks are dissipated by its lack of specificity regarding the background situation to which it alludes...Banner's dialogue, couched in a semblance of Foreign Service-speak, is delivered at an intense clip that, along with the shifting interactions of the participants, creates an ambiguity that blurs the drama...Each actress brings conviction, strength, and intelligence to her role."
Read more