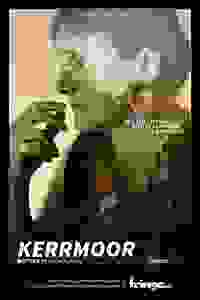 Part of FringeNYC: Three women bound by blood and tradition. One community in dire straits. Can a centuries-old rite mend the ills of a backwater Appalachian town? Potent and haunting, Kerrmoor straps you in, and you’re off until the bloody end.

FROM THE ARTIST:
"I like to think that if William Faulkner came back as a middle-aged lesbian who transplanted to Baltimore, he would have written this play," says playwright Susan McCully. "I set out to write an Appalachian Greek Tragedy, a play that presents an intimate family portrait of isolated, white rural America. The play is about where I grew up, surrounded by people who exude nobility, strength and sacrifice, but at the same time are insular and xenophobic. It’s a dangerous mix. I wanted to tell the awful truth about this racist and sexist culture that shaped me. The easy and comfortable path is to disavow these ugly traits. By writing 'Kerrmoor', I’ve attempted to embrace my people, not to celebrate them, but to explore the cost of glorifying a certain kind of rural American mythology."

"Strange, haunting, beautiful, and moving. Kerrmoor is great theatre. I highly recommend it." —What Weekly

"The play treats its characters as caricatures of frenzied backwoods folk, never eliciting the empathy one should feel in this Greek-like tragedy; twanging up a storm, the actors do their best with repetitive dialogue, a confusing story line and intermittent breaks into song. At the play’s contrived climax, Agatha warns young Kylie, 'Don’t look back. Leave now.' One feels the same way exiting the theater."
Read more

"It’s the sort of show where not much happens, but there’s beauty in what’s given. As the mother-daughter leads, Kelly and Hileman's nuanced performances give us two of the most wonderfully backwoods individuals possible…In moments of violence, we don’t observe any wear to the body or any blood spilt. Choosing not to include anything makes such moments comedic and wholly unbelievable...Budgetary concerns aside, 'Kerrmoor' is a well-performed piece with an intriguing premise."
Read more

"'Kerrmoor' is clear as a bell, aided by McCully’s sturdy, authentic performance in the central role...The dialogue rings with twang and rapture as Agatha’s daughter Lorna and Lorna’s half-sister Kylie get as wild and wide-eyed (and manipulative) as the girls in Arthur Miller’s 'The Crucible.' The old faiths and bigotries run deep in this insular setting, and the earnest 'Kerrmoor' is a kind of exorcism...The single-minded protest and rites of 'Kerrmoor' run their swift course efficiently."
Read more

View in admin
B
Tim Smith

"The text, especially early on, is sparse, not to mention stingy with the exposition. Even by the end you may find yourself wanting just a little more in the way of development (and maybe a little less repetition of some details). Lots of provocative ideas are in the air; not all of them get enough focus. And the horror genre touches don't always click neatly into place. Still, the play exerts a steady pull as it unfolds, painting a creepy portrait of prideful insularity."
Read more

"All three actresses give captivating performances…McCully wears her role like a second skin. She wrote this character and knows exactly how to make Agatha and her pain real...Over the course of an hour, Agatha, Lorna, and Kylie strip themselves bare of all facades until we see them as they are. The transformations are beautiful and painful…'Kerrmoor' is a potent, haunting play; part love letter, part Dear John missive to the past and a place and to the people who remain stuck in both."
Read more