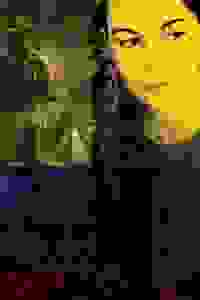 La MaMa presents the world premiere of this bio drama about Ingrid Betancourt, an anti-corruption activist who was kidnapped by a Marxist revolutionary terrorist group while running for President of Colombia.

Betancourt was held prisoner by the Fuerzas Armadas Revolucionarias de Colombia (better known as FARC) from 2002-2008. 'Kidnap Road' is a theatrical re-imagining of her time in captivity. Its narrator, 'The Woman,' tells the story through “intrusive memory,” a symptom of PTSD. She grapples with an ever-present series of moments in her life as the play shifts in time and place via fragmentary scenes in a variety of locations.

See it if You want to learn more about Colombian politics and historical characters.

Don't see it if You can't follow fast-paced, multilingual dialogue or are bothered by severe lighting changes.

Don't see it if you want everything spelled out for you - this is poetic and fluid in its approach to storytelling, often imaginative, beautiful yet jarring

"Because the play is largely composed of monologues, Riddle’s stiff and somewhat detached delivery makes it difficult to connect with the character. While being despondent might be a symptom of her PTSD, it doesn’t seem to be an effective choice in conveying Betancourt's emotional turmoil in a dramatic setting...As a timely, politically relevant story, there is value in 'Kidnap Road.' It offers a poignant anatomy of Betancourt’s psyche."
Read more

"If Filloux means for us to understand the Woman of 'Kidnap Road' as a symbol and not Betancourt herself, Townsend’s set helps us to get there. But then, what does that symbol represent, for Filloux?...It’s never been easy to know what women can or should take away from Betancourt’s challenging story and highly driven person, but 'Kidnap Road,' while satisfying enough as a theater object in the existential two-hander genre, takes us into disorienting territory."
Read more

"The action of the play is not chronological, which makes it tricky to follow in the beginning, but as stories and themes repeat, we can slowly put together a timeline...Though Kimber Riddle and Marco Antonio Rodriguez deliver a steady performance, the production fluctuates between intriguing and stagnate...The main achievement of the play is the design. The set, lighting and sound are cohesive and it is ultimately that which draws us into the action."
Read more