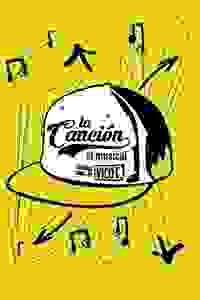 Repertorio Español presents an inspiring musical about the power of song and self-discovery. More…

Rafa, a young man​ from the Bronx with a passion for urban music, dreams of a song he has never heard before. When he awakens, he inexplicably knows all of the lyrics. Haunted by the tune and hoping to adapt it for an upcoming singing competition, Rafa embarks on a quest to find its author. During his search, he unexpectedly unearths secrets about his own life. Performed in Spanish. English subtitles via Simultext® In-Seat Captioning System available at select performances by request.

See it if You want to see an energetic, young Latino cast with good voices perform Latin & hip hop music.

Don't see it if You object to a clichéd story that would greatly benefit from cutting at least 30 minutes from its 2 hour 40 minutes running time.

See it if It's a fun, heartwarming show about family and friends. See it for an enjoyable evening.

Don't see it if If you don't like reading subtitles. It's mostly in Spanish.

See it if You like Latin music. You're willing to suspend your disbelief a little for a cute story.

Don't see it if You don't speak Spanish and don't like supertitles.

See it if You're Latino or want to be, understand some Spanish & enjoy supporting young actors &companies that add to the ethnic cultural fabric of NY

Don't see it if You don't understand Spanish, don't like Hip Hop or Rap, bomba, bachata or Reggaeton — or need any or all of those explained to you.

Also La Canción is an honest & earnest bit of aspirational musical theatre. At 2 hours and 40 minutes, it’s way too long, and dramatically leans too much towards Telenovela melodrama. Musically, it runs the gamut of contemporary urban Latin, the accent here more on rhythm than on melody, so the songs are less memorable than they might be.

Like the show itself, the cast is likable but uneven, and stronger singers might have served the score better. That said, all performed with committed focus and presence, getting across the natural humor found across the Latinaje or “Latin-ness” of the Latino culture.

Standouts were Zulema Clares, funny and accurate as everyone’s Abuela in the Bronx; Diana Pou as Rafa's no-nonsense girlfriend Angie; and, most especially, Flaco Navaja, playing several parts but most notably Poco Loco, the charmingly crazed street vendor whose philosophical rants, and discussions with his beautiful imaginary girlfriend were hysterically funny and utterly convincing.

See it if A brilliantly conceived Broadway musical with a deep Hispanic meaning.

Don't see it if Supertitles aggravate you.

See it if you want to support young actors who overall do a good job, like Latin and hip hop music or want to practice your Spanish comprehension.

Don't see it if you don't have patience for a trite, sappy plot and don't want to spend 3 hours in the theater.

See it if you are highly interested in Spanish language and culture. You enjoy Latin American music and rhythms.

Don't see it if The show is okayish but the musical execution is terrible. Performed by actors not singers. Completely out of tune and painful for the ears.

Don't see it if if you're voting for Trump!

See it if You enjoy engaging Latin music and dance; if you are not Spanish-speaking and you don't mind subtitles, it's worth the extra effort.

Don't see it if You're bothered by subtitles on a small screen in front of you, or by shows that are too long - the second act was a bit too long.

See it if You want to celebrate the Latino culture. A wonderful show almost all in Spanish.

Don't see it if Subtitles annoy you and you don't understand Spanish.

See it if You enjoy great meaningful Hispanic music and culture, loving family and friends figuring out life

See it if You wanna see a modern take on a musical. Enjoy latin music. Want to see some young new actors put forth some great performances.

See it if Go If you enjoy sweet, small shows with an energetic cast and don't want to think much. At least some fluency in Spanish is required.

Don't see it if You don't have at least a minimal level of fluency in Spanish. The captioning is helpful, but by no means comprehensive.

See it if You enjoy a telenovela angle sweet story, songs w/Hip Hop &Latin Rhythms that make you smile. If Puerto Rican, you'll get a few extra laughs

Don't see it if If looking for a deeper meaning, current thematic and above average singing talent . Yet the joyful songs will make you overlook the flaws.

See it if You want to support repertorio español and its mission, especially since I think this is their first musical

Also The plot was a bit weak and seemed to be stretched too long but overall an enjoyable evening.... Read more Read less

See it if You like urban music, hip hop, salsa, etc. in a loving family story.

Don't see it if just see it!

Don't see it if You don’t speak Spanish and do not like reading subtitles.

See it if You like musicals about family. Well worth a visit. Warning - mostly not In English not all performances have surtitles.

Don't see it if You don't like musicals about family, don't speak English and/or can't be bothered to read surtitles.

See it if You like watching a show for the actors and their talents and are not going to overthink it. The music was good and it was enjoyable.

Don't see it if You are a Broadway regular expecting a large scale production. Repertorio is a small space and the staging is very limited.

Also "In the Heights', this is not. The show is for sure cheesy, but the singing and story, while cliched, was enjoyable enough despite the fact you already know where it's going as the topic has been beat to death. My main gripe is the show is TOOOOO long. There is just no reason for it to drag out for 3 hours. A few scenes that did not add to the story could be cut and it would still be entertaining. The set is no frills (think projector backgrounds), but they make it work. Rafael Beato's "Rafa" has an amazing voice and was a likable character. Flaco Navaja is a scene stealer, and the rest of the cast is genuinely likable. I enjoyed it and would recommend giving it a shot, even if at times it feels like a HS production, everyone is fully committed and if you commit too, you won't be disappointed.... Read more Read less

See it if You like Latin hip-hop, reggaeton and a different style of musical.

Don't see it if You don't speak Spanish.

Also The writing has a few issues, and it feels a bit longer than it should, but it is very entertaining, and the cast is wonderful.... Read more Read less

See it if enjoy a small off Broadway musical with great music, singing and some nice dancing and especially if you know Spanish.

Don't see it if you don't like Latino music. Also some of the subtitles go by too quickly to read. And finally a few scenes are not really needed.

See it if You enjoy a blend of traditional Latin music and hip-hop. Especially liked the contrast with generational belief systems

See it if If you like well made spanish productions. Then this show is for you. It's a must see. Very good script writing and acting. Lovely show.

"Unabashedly about and for latin culture: no fusions...One of the most heartwarming and fun musicals, I have seen recently...Fresh and infectiously rhythmic; keeping you dancing in your seat... A show that makes you want to take Latin Dance classes...Vico C's music is phenomenal. He truly capture...
read more
Get Alerts Alerts On Alerts Off 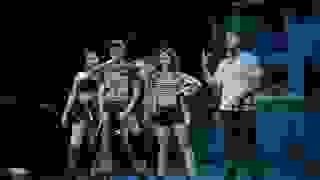 “La Cancíon,” a Musical Love Song for All Ages 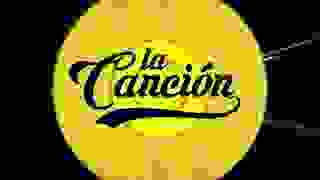 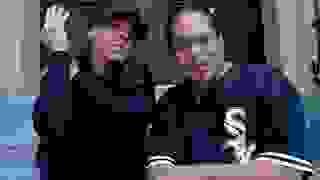 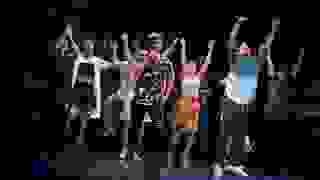 Find out how director Edward Torres ended up making the first all-Spanish musical in the US.

Repertorio Español
Producer
Get Alerts Alerts On Alerts Off 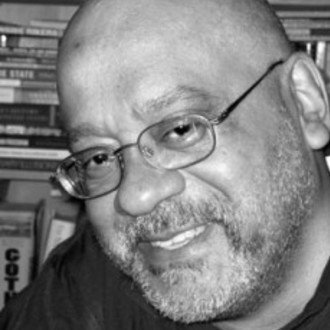 Candido Tirado
Playwright
Get Alerts Alerts On Alerts Off 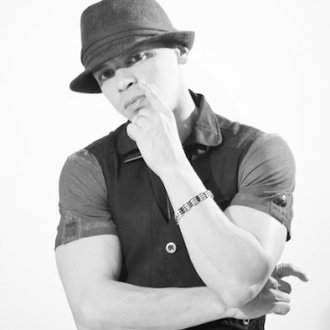 Vico C
Composer
Get Alerts Alerts On Alerts Off 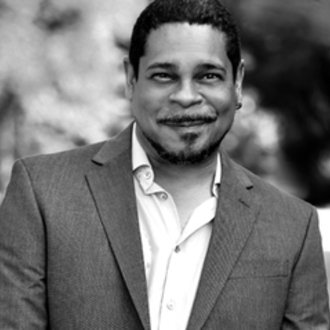 Edward Torres
Director
Get Alerts Alerts On Alerts Off 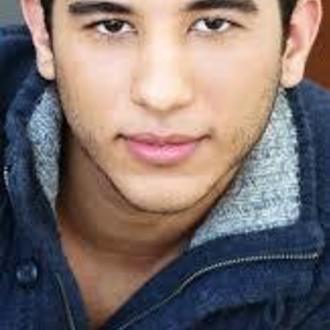 Rafael Beato
Rafa
Get Alerts Alerts On Alerts Off 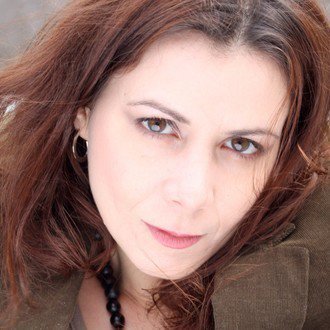 Zulema Clares
Grandmother
Get Alerts Alerts On Alerts Off 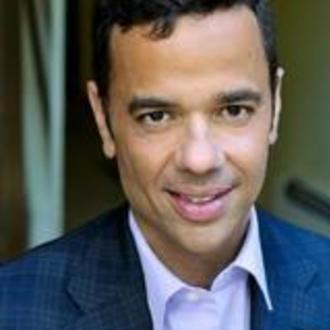 Varin Ayala
Rafael
Get Alerts Alerts On Alerts Off