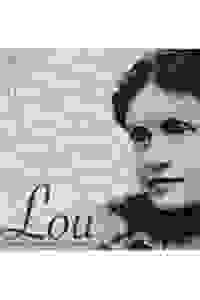 Theatre 4the People presents the world premiere of this drama about one of the first female psychoanalysts, Lou Salome.

At the turn of the 20th century, Lou Salomé was one of the most recognizable names in all of Europe. A century later, history has all but forgotten her story. As great a psychoanalyst as Freud, as thoughtful a philosopher as Nietzsche, as talented a poet as Rilke, Salome is celebrated in this bio play starring an all-female cast.

Don't see it if you want a fast paced show...

Don't see it if philosophical discussions are not your thing

See it if You want to see a play based on real characters that is very thoughtful and well written.

Don't see it if You are not able to think carefully about the production. Read more

See it if You like well-acted, interesting, small productions.

Don't see it if You aren’t into small productions or serious subject matter. Read more

See it if You like period plays based on real people-especially little known, significant ones.

Don't see it if You don't like seeing shows in very small places with limited resources. They did, however make very good use of the limited props they had. Read more

See it if ...you like interesting, well-acted theater with a troupe who knows how to make a big story work a tiny space.

Don't see it if ...you dislike discourse of psychology, though it's more about the personal and professional life and times of the lead character. Read more

See it if You want to be challenged, think about gender roles and courtship, learn about some really interesting personalities

Don't see it if You want something fluffy and simple

"It's difficult to tell if this particular all-female cast isn't quite up to the task of portraying these difficult and complex men or if it is the idea of unisex casting that is the issue, but this cast of actresses, try as they might, don't breath enough life into Haley Rice's play."
Read more

“Rice's language is exquisite, and the intelligent banter...is endlessly satisfying. Listening to these super-human intellects argue their positions on gender, sex, and god was riveting…The entire ensemble is magnificent…The structure of the play is a bit messy, which makes the chronology of events a bit confusing…The play allows us to become acquainted with a fascinating and brilliant character, but only vaguely leaves us with a sense of her accomplishments and legacy.”
Read more

"Kate Moore Heaney directs the all-female cast of six with fiery Mieko Gavia in the title role. To put it bluntly, ladies kick ass...Although the play tends to be sentimental and even melodramatic when it comes to Lou’s relationship with men, it has its fair share of truly empowering moments and some good laughs...'Lou' reclaims history by looking back through the female perspective yet avoids loud political statement, and this is the beauty of it."
Read more

"'Lou' incorporates its philosophical elements and its biographical exposition with a consistently deft hand and always in the service of telling Salomé’s personal story...Perhaps unexpectedly, 'Lou' is also very funny, thanks in no small part to excellent performances by the cast...'Lou' is a wonderfully entertaining production about a singular figure. It offers a well-crafted, engaging study of a woman who could captivate Nietzsche and call out Freud’s repression."
Read more

"A powerful and intellectual piece...The shining achievement of this play is Haley Rice’s successful balance of content and accessibility...The arc of the play is clear and smooth; the wit is quick and nothing is superfluous. Heaney’s directing excels in demonstrating equality and power without the use of forceful position...The talented actresses capture the minute nuances of each character...Mieko Gavia is a force to reckon with."
Read more

"The intent is admirable, although the scenic design offers a more insightful look into the pioneering Lou than the play...Rice's play offers a harsh portrayal of a complex individual that emphasizes her strident, stubborn, selfish nature without showing the softer side...The audience never sees this magnetic allure and that absence hurts our understanding of Lou...Ultimately, while Rice's play paints a historical time period worth visiting...she fails to provide insight into her character."
Read more

"Mieko Gavia's performance of Lou is powerful, brutally intellectual yet almost pathologically afraid of sensuality...The completely game cast investigates different aspects of male privilege, and how even the best intentions are shadowed by this power imbalance...Like many biography plays, the text sometimes suffers from an effort to fit in too many events...'Lou' is a welcome meditation on the true nature of art, philosophy, and the never-ending battle of the sexes."
Read more