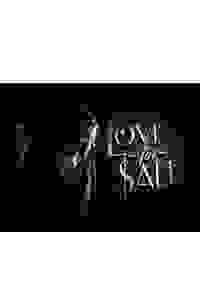 Titled Productions presents the US debut of this 1930s-set cabaret musical, which celebrates the music of Kurt Weill, Cole Porter, and their contemporaries.

Paris, 1934. A naive American songstress turns up in a café, hoping to escape the Depression and make her name. But there are other things in store for her in the City of Light. Developed for London's historic Wilton's Music Hall, 'Love for Sale' debuts in New York following sold-out performances in the UK.

See it if you love mostly Kurt Weill songs sung by a good singer in the background of a Parisian cabaret with interaction with the audience.

Don't see it if you expect a big cabaret production or Broadway production. It's a woman and her pianist earnestly aiming to delight the crowd for an hour

See it if You enjoy a change of pace from big, over-produced musicals.

Don't see it if If you expect to hear a lot of Cole Porter show tunes because despite the title, they are not in the show.

See it if You like sitting at a table with a drink watching a young lady act sexy as she sings, with forced humor, of love gone wrong.

Don't see it if You expect a classy, high end result. The effort is there and some scenarios work but it all seems so desperate.

"Ms. Burke's voice is a thin, high soprano which always seems to be searching for the right note. A problem with pitch isn't necessarily a deal breaker when interpreting the music of Weill or Friedrich Hollaender (who wrote many songs for Dietrich who was known primarily as a ritzy, witty stylist, not a belter). What this repertoire needs is a sense of world-weariness and a total identification with the words."
Read more

"Burke’s performance lacks the emotional, psychological, and vocal depth needed to set the tragic mood of heartrending sadness that underlies the louche façade. There are too many smiles, too much mugging, and too shrill high soprano notes in lieu of an authentic connection to the sardonic lyrics and the people of the time…If you’re an aficionado of the music, ‘Love for Sale’ offers an extensive song list…But you might leave wishing that the show had been as genuine as the venue."
Read more

"A piece of intelligent theatre that allows a Weill-heavy set to unfold through the cabaret performer’s tragic love life...While the song choices are excellent, Burke's rather sweet soprano lacks the rough, world-weary cynicism that usually characterizes these numbers. There isn't a note or phrase out of place and there are moments of great dramatic power and emotional honesty…’Love for Sale’ is a well-curated piece of cabaret but its star seems oddly out of place performing it."
Read more

"There’s little sense of theatricality in this overlong concert of songs…There’s no doubt that Burke is a professional singer with a high operatic vocal range. This is totally unsuitable for these gutsy ballads…’Love for Sale’ unfortunately falls between two stools, being neither a play, with an authentic setting, character and narrative, nor is it a sizzling hot and sassy cabaret of Weill/Brecht songs. It totally lacks emotional and dramatic heart."
Read more

"Burke's broken cabaret gal may of course call to mind Sally Bowles, but she's mostly compelling on her own terms...There is a slight problem in the production's structure – leaving the audience uncertain whether it's a song cycle or cabaret, and their initial response is a little tentative. However, once it thaws, the show sparks to life…Burke and Atkins ultimately succeed in a heartfelt and stylish show which is as intelligent as it is decadent."
Read more

"The second half reveals Burke’s writerly awareness, as her character undergoes something of a transformation…The portrayal of the second version of the singer was less convincing than the first, though the songs were still sung very well...For fans of this style of music, this is an enjoyable production well worth seeing – it would just benefit from some script development to really maximize the emotional heart, which could be pushed further."
Read more

"Burke runs a stellar show. There’s song, and poetry sometimes, but it’s always witty and ever-charming. The poetic content of the script is both original and commendable…And Burke’s talent is spectacular...A couple of things could have made the show even better. I would have loved to hear more duets…This show begs to be watched with a loved one and soaked in completely, and followed up by dinner in an intimate French restaurant somewhere."
Read more