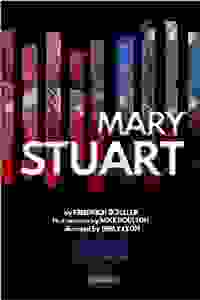 In Friedrich Schiller's "Mary Stuart," both Mary, Queen of Scots, and Elizabeth I, Queen of England, have a claim to the throne — one is imprisoned and the other is in power. What happens when they clash?

As more candidates join the field for the 2020 election, we hear the refrain, "I'm ready for a woman president...but not that woman". Over 400 years later, we still see a similar narrative as two powerful female leaders from history are challenged to prove their worth. Hedgepig will host a series of pre-show panels to further engage in this conversation.

Don't see it if Once the theme was established, it felt somewhat repetitive. Lengthy speeches & two-faced behavior.

Don't see it if your theatrical preference is for contemporary comedy or musicals. This is a costume drama.

See it if you’d like to see a clear, powerful production of one of the most important plays in the history of European theater.

Don't see it if old plays bore you. Read more

See it if If you like history from that time period.

Don't see it if You want the whole story, dislike the time period. It's on the four floor so a lot of walking stairs. Read more

See it if you would enjoy a somewhat fanciful, but unique, view of the history of Mary, Queen of Scots and Elizabeth I.

Don't see it if "historical" plays and long (the running time is about 2:45) plays don't interest you. Read more

See it if An ambitious choice for a small theater company and a small budget but they pull it off beautifully.

Don't see it if you're not a fan of long talky plays. However, there's plenty of action and excitement and the writing is gorgeous.

See it if you like historical, dramatic plays. Mary Queen of Scots and Queen Elizabeth I kept the drama going with great acting and great script.

Don't see it if you have trouble with stairs as the theater is on the 4th floor; or if you have no interest in 16th century drama. Read more

“Fresh take on perhaps the world’s most iconic sister rivalry...A production fit for a Queen...The lighting expertly tells the complex story...Under deft direction by Emily Lyon, the play gallops through back-room-betrayals, secrets, and professions of the heart in a lively but brisk almost three hours. Mary Candler as Mary Stuart exudes grace and quiet authority with a subtle ferocity bubbling beneath her saintly surface."
Read more

"Direction is smooth and smart...It's clear that the whole cast was extremely well-prepared, making this verse crackle with energy and intention...If there are criticisms of this play, they rest almost entirely with the text...Still, it's thrilling to see the embodiment of 'strong women' on the stage, not denying their femininity nor their power. And in this beautiful production of an underproduced political thriller, audiences get the fun of seeing a world where women - quite literally - rule."
Read more

"Sometimes the best theatre experience is at the small, off off-Broadway houses...And it’s even better when the company brings its passion to the stage, as Hedgepig Ensemble did to their revival...I have major problems with Schiller’s play. I can easily suspend disbelief in other works but the playwright’s skewing of history is troubling...It’s hard to forget this history as I watched other productions of the play, but Hedgepig’s staging, direction by Emily Lyon, made me more comfortable."
Read more