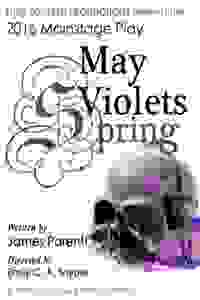 Turn to Flesh Productions presents a retelling of Shakespeare's 'Hamlet' from Ophelia's point of view. More…

'May Violets Spring' combines Shakespeare's original 'Hamlet' text with Parenti's new verse to reexamine the famous story with a focus on Ophelia. From a girl imprisoned by society to a woman taking control of her own narrative, this new play explores classic characters through a contemporary lens.

See it if you're interested in a novel approach to WS. The verse is used cleverly; Ophelia has her day. The play needs cuts; it wears out its welcome.

Don't see it if you'd rather see real WS. I would. Even an ambitious reworking isn't close to the great original. MVS suffers further from uneven acting.

Also This is a noble experiment which, unfortunately, fails.

Don't see it if It did not work for me but partner loved it. My score 60 partner 90

See it if You're familiar w/Shakespeare. You enjoy twists on classic plays. You like verse plays.

Don't see it if You want consistent direction-the 2 acts don't match. You want a concise play: it's too long & unnecessarily has 2 acts.

Also Fight the temptation to leave at intermission. While Act 1 is a mess-mostly in the form of the director giving Ophelia an absurd amount of vocal & physical business that's distracting & annoying, Act 2 is a vast improvement. The director trusts the actors & the script to let the action happen naturally.... Read more Read less

See it if You want to see a new spin on an old classic that is pretty well executed.

Don't see it if You can't have fun with Shakespeare. Also it felt long! This could do with a little tightening. Good acting mixed with mediocre acting.

See it if you're open to adapatations of Shakespeare that have very little to do with the original play, and you like female-centric shows.

Don't see it if if you're impatient with lots of liberties being taken with the story, uneven acting and a very spare production.

See it if you are interested in Shakespeare, specifically in an original approach to Hamlet.

Don't see it if Shakepeare is not your thing and you do not enjoy Shakepearean verses.

See it if you're a Shakespeare fan who doesn't mind his work (mostly Hamlet with other allusions and lines thrown in) reforged for contemporary times.

Don't see it if you don't appreciate Shakespearean language, are a Bard purist, dislike independent high-school-production-feel shows; are misogynistic.

Also May Violets Spring is an ambitious re-imagining of Hamlet, with lines and allusions from other William Shakespeare works thrown in for good measure. It plays out like part love-letter to The Bard and part creative re-envisioning of what that Danish tale would be like if told from Ophelia's perspective. Some of the alterations feel off-putting, such as giving lines from one character in Hamlet to another in May Violets Spring. The set-design and costuming are subpar (I've seen better high-school production sets), with sometimes-anachronistic, sometimes-true-to-Elizabethean-feel outfits clashing on stage in a distracting manner. I do think the actors put their heart into this, even if the cast feels a little hodge-podgy. The slow start yields, quickly, to some rather comedic interactions between our Hamlet and Ophelia. While it isn't a perfect play, you can tell that it comes from the heart--both James Parenti's (the writer's) and the actors'. Cristina Madero's Ophelia is delightful.... Read more Read less

See it if you'd like to see an inventive rewriting of a well-known Shakespearean play.

Don't see it if you don't like the idea of someone rewriting Shakespeare; you'll dislike an attempt to infuse a modern sensibility into a Shakespearean plot

Also I enjoyed the first act, but IMO the second act was much weaker. I also didn't think making Horatio a female, but having her act in a way completely inconsistent with the gender stereotyped roles of the other females made much sense. While I think Orphelia and Hamlet did a good job for the most part--not great acting, but very good--some of the secondary players were awful.... Read more Read less

See it if A seamless mix of Shakespeare & fresh, inventive iambic pentameter clearly delivered, essentially creating a new play in the Canon appeals.

Don't see it if You're such a Shakespearean purist that you'll pass on hearing the language sing so effortlessly & clearly from this fine cast. Just see it.

Also Note to the Production: suggest the sound of light rain at the end, increasing in volume after the bows to clarify & put a button on the final gesture. As is, intent is unclear & audience packs up prematurely.

Through a close study of Hamlet & Shakespeare, a clever reshuffling & reassigning of monologues & speeches and the fearless addition of his own pentameters, James Parenti has essentially given us a new & unexpectedly modern play by the Bard. Its clever, inventive focus on Ophelia shines light on familiar material & breathes new life into it by providing alternate motivations.

The uniformly fine cast helps make it possible. Cristina Madero somehow speaks in iambic verse as if from birth, with a command & use that makes her Ophelia simultaneously classic & totally modern. Louis Sallan's Hamlet is freshly—and understandably—conflicted, & Gabrielle Adkins is a striking, unexpected Horatio with a firm presence.

See it if If you've always wanted to hear an Ophelia backstory.

Don't see it if You can't stand anyone messing about with Shakespeare, and you only enjoy fully staged productions.

Also The plot and language have great potential - I'd love to see a more professional production.... Read more Read less

See it if U want to see Shakespeare performed so badly u'll cringe, & the text slaughtered. Ophelia has a backstory-shes pregnant-& is in every scene.

Don't see it if You don't want to spend the play wondering why no one told Ophelia throwing tantrums & being coy wasnt irritating. Worst review I've given.

Also Was curious why some gave it 90 to 100 during previews; noticed each had only reviewed this one play! Im sure theyre not connected to the show...?!... Read more Read less

See it if Parety uses his own verse with excerpts from Shakespeare plays in this extraordinary take on Hamlet, in which Ophelia has the main role.

Don't see it if you are not interested in Shakespeare

See it if You like seeing something that has potential, but is by no means good yet & like to think about the overlooked women in the Bard's works.

Don't see it if You are a Shakespeare purist, can't stand long plays, or very bad acting at some parts.

Also The idea here is great but this seemed like a bad high school version of a play concept. While some actors did well with what they had, others way overacted. I also didn't like how Ophelia was portrayed here. I was expecting her to have more of a narrative (since it is so lacking in Hamlet) instead I felt that the story arch she was given didn't really present anything super thought provoking about her character.... Read more Read less

See it if You want to see a spin on a classic. The idea is great; the execution needs some work. I do think the actors were really good.

Don't see it if You are a die hard Shakespeare enthusiast and the idea of anyone messing with perfection enrages you. Most of all..IT...WAS...TOO...LONG.

See it if You like twists on Shakespeare and amazing acting

See it if you enjoy the exploration of "what if?" when it comes to adaptations of Shakespeare, and if you like to see a female-centric story.

Don't see it if it would bother you too much for famous lines from Hamlet to be spoken by other characters in different scenes than the original.

See it if You're interested in an intriguing script in verse that puts Ophelia in the driver's seat of her own destiny.

Don't see it if Uneven performances and rather shameless mugging are a turn-off.

Don't see it if You want to see anything close to the real Hamlet, or a Hamlet with a different Ophelia that still operates in the original world of Hamlet.

Also They changed the play so much that it was almost unrecognizable. While I did find it interesting that they were trying to explore Ophelia's character, I would have preferred it if they had done so in the context of the original play instead of changing other character's actions and motivations to suit their retelling. Also, some of the technical elements were drastically lacking, and perhaps even unsafe (uneven steps, anyone?) which was distracting from the play itself.... Read more Read less

See it if you enjoy a feminist spin in a classic

Don't see it if You're looking for the melodrama of Hamlet, don't care for racially diverse shows, or want something that doesn't make you think

See it if you like small and cozy theater spaces, seeing actors from close proximity, like a different turn of events in a classical story :)

Don't see it if you have no interest in acting and small productions.

See it if you're interested in a new take on HAMLET and/or you enjoy female-centric stories.

Don't see it if you can't put aside some poor acting and directing choices to embrace the over all heart of the story.

Also A few years ago, I saw the original production and I've got to say, this revival is pretty cool. Some of the actors really brought the characters forward and Parenti's rewrites did a lot in the way of clarification. However, the slow pacing of the first act and my confusion with character motivation comes from what seems to be a lack of strong direction. At times, things got a bit "shticky" and it felt like the actors weren't on board with the poor choices that didn't seem to work, which made for some awkward moments. BUT overall the message and heart of the show was clear and lovely to see. Secondarily, the set, lighting design, and costume design was probably one of the best I've seen among small scale theatre productions in that space, so that was a plus!... Read more Read less

See it if You want to see every single play in the world. Or are obsessed with renditions of Hamlet

Don't see it if Value your time. The lead character was (for me) annoying and over-acting in a very unpleasant way. The production was not put together well

See it if You always wondered why Ophelia had a whole scene after she lost her mind but no real exposition as to why.

Don't see it if You are a Shakespeare purist ^_^

See it if you want another version of the classic play.

Don't see it if you are not open-minded.

“May Violets Spring” hasn't been reviewed by any Critics (yet!) 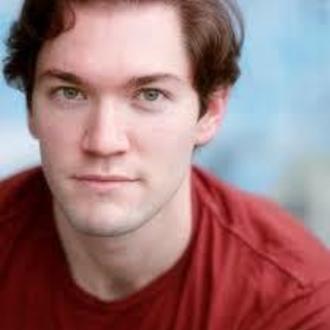 James Parenti
Playwright
Get Alerts Alerts On Alerts Off 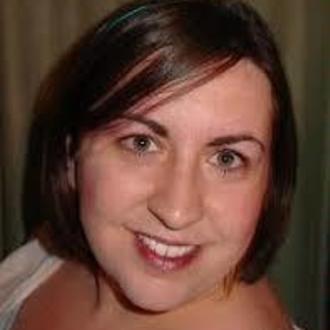 Emily C. A. Snyder
Director
Get Alerts Alerts On Alerts Off 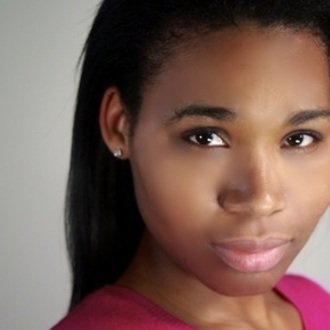 Gabrielle Adkins
Horatio
Get Alerts Alerts On Alerts Off 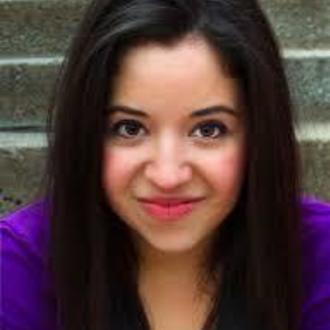 Cristina Madero
Ophelia
Get Alerts Alerts On Alerts Off 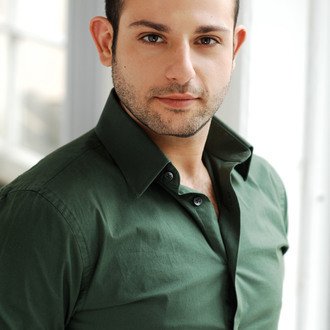 Louis Sallan
Hamlet
Get Alerts Alerts On Alerts Off 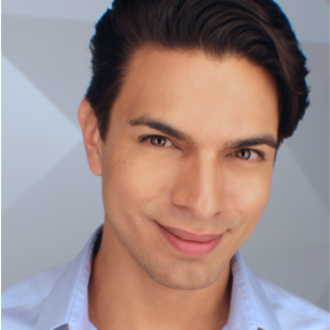 Chris Rivera
Laertes
Get Alerts Alerts On Alerts Off 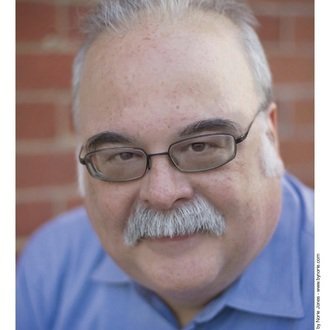 Al Choy
Polonius
Get Alerts Alerts On Alerts Off