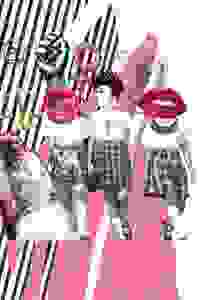 Spicy Witch Productions presents a new staging of Shakespeare's bleak comedy "Measure for Measure," which looks at sisterhood through lens of the problematic classic and explores the zany humor at its core. More…

The production tells the story of women coming together to uncover a history of sexual harassment buried within the justice system.

See it if you’d like to see a swift approximation of the closest thing Shakespeare wrote to a #MeToo play.

Don't see it if you are looking for fidelity to Shakespeare.

Also I love Shakespeare & I love productions that do not feel too constrained by reverence for the Bard. Spicy Witch’s “Measure for Measure” is hardly reverent. But only some of its departures from the original seem smart, or part of some plan. Making a nun a lawyer, a padre a reporter, diminish the play’s ability to put ethics, hypocrisy & vows of chastity on trial. And the ending is a bit of a mush. But the evening goes fast &, for much its length, the production manages to evoke a lot of queasy laughter.... Read more Read less

See it if you enjoy having the Bard's work brought to new life with relevant messages, enacted on a small stage with good props and a fine, young cast

Don't see it if you want your traditional Shakespeare as there are changes here in the characters, the setting and the script.

See it if you like 10 Things I Hate About You. Unpretentious, a bit geeky/fantastical. Shkspr spoken naturally by actors who know what they’re saying.

Don't see it if you'll miss the nun fetish. Civil servants replace nuns/monks. Supreme Court references will be too on the nose for some. Low budget prod.

But Spicy Witch’s production takes a lot of well calculated liberties & is completely winning. Has the affable, upbeat catchiness of Legally Blonde 1 but without the doe-eyed Barbie-ness. Cast is young, some moments overplayed. But the show gets something so right about what changes clarify the characters vs what’s just fashionable contemporizing.

Some major edits (Dukes are now judges, Vincentia has an investigative purpose, 2 roles conflated, many women, no Catholic iconography); some minor (Provost is played w/ a degree of dignity). But all the departures from tradition are designed to breath optimism & pertinence into a play that's notoriously faulty at balancing both.

See it if YOU SUSPEND YOUR SHAKESPEARE BONE. If you are not looking for M4M and just want to have 90 minutes of fun.

Don't see it if You are expecting Measure for Measure. All the interesting subterfuge and plot points are edited out. Left with a romp.

John 74
New York City
65+ | Male
209 reviews
Get Alerts Alerts On Alerts Off
80
M4m refurbished for our "me too" age of sexual harrassment being outed; and it fits like a glove., Edgy, Great acting, Delightful, Clever
June 1st, 2019

See it if You like your Shakespeare with updated cultural relevance.

Don't see it if You just don't like Shakespeare, this update probably won't change your mind.

See it if New interpretation of the old play, enough fun not to be bored, time was flying by, very intelligent mentioning of modern problems

Don't see it if do not accept new version of Shakespeare,pretending to understand Early Modern English from 16 century better than contemporary English

See it if you like to see female victims turn their table over their villain.

Don't see it if you are offended to see Shakespeare misrepresented.

Don't see it if You like your Shakespeare plays long.

See it if you like Shakespeare and enjoy adaptations that bring his plays to modern life, with humor.

Don't see it if you expect elaborate costumes or scenery.

See it if You enjoy the modern reworking of Shakespearean plays (selfies, etc)

Don't see it if Shakesparean language hurts your ear.

See it if True to Shakespeare’s script except for a few twerks which make a more satisfying ending. Great performances and direction. Lively, humorous

Don't see it if I saw the final performance, so sorry. Everyone would have loved this.

See it if You like tightly-paced, fun, feminist Shakespeare that puts women+ front and center.

Don't see it if You will be put off by significant cuts, text changes, gender-bending, and Shakespeare adapted to a contemporary setting.

Also Smart combining of roles cast characters in a new light and gave infamous moments deeper resonance. Creative take on a Problem Play that emphasizes women lifting each other up and helping to tear down the patriarchy. To say more would spoil some lovely, heart wrenching surprises in this cut. I was moved. Excellent acting from a terrific ensemble cast. It's hard to single out any one actor, but Mia Canter was a particular standout -- bringing refreshing humor and pathos to Vincentia. Bravo to all!... Read more Read less

“Setting Shakespeare’s play amidst modern political scandal, this adaptation highlights the moral dilemmas we still face...The plot’s controversy and power imbalances lend themselves remarkably well to the production’s judicial and journalistic backdrop...The production’s fast pace, common to mod...
read more
Get Alerts Alerts On Alerts Off
Manhattan With a Twist
"What could be a gimmick in the hands of less thoughtful directors than Phoebe Brooks is instead a powerful statement...'Measure for Measure’s' 90-minute cut, while impressive in the way it edited the story into the essentials, it left little room for its best moments to breathe despite the stren...
read more
Get Alerts Alerts On Alerts Off

Spicy Witch Productions
Producer
Get Alerts Alerts On Alerts Off 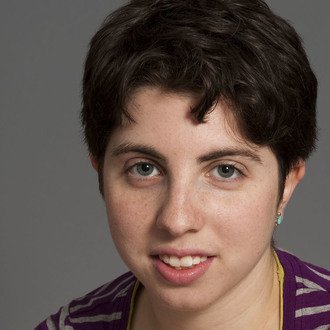 Phoebe Brooks
Director
Get Alerts Alerts On Alerts Off