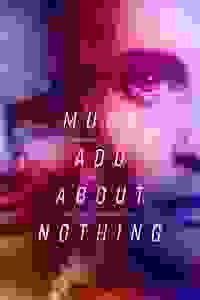 View in admin
Much Ado About Nothing (NYSX)
NYC: Chelsea
87
Score it Scored!

Much Ado About Nothing (NYSX) NYC Reviews and Tickets

Shakespeare's comedy features mistaken identities, ironic deceptions, mask wearing, spying, and acts of infidelity. Director Ross Williams takes it a step further by setting the play in a Silicon Valley playground in which the more nefarious tricks of deceit and conceit are bolstered by social media and the Internet.

See it if The Public always succeeds with Shakespeare's comedies and every1 rises to the occasion. Wonderful perfs.Also features Brian Stokes Mitchell

Don't see it if As good as Outdoor theater gets in NYC. Every summer more theater history is born. Don't like bugs & the theat of RAIN, then stay the F away

See it if you feel like you would enjoy a quirky fresh take on one of Shakespeare's most popular comedies.

Don't see it if you do not enjoy quirky takes on classical plays.

See it if You enjoy great acting, singing, laughing out loud as well as a fun rendition of a Shakespearean play in a magical setting of the Delacorte.

See it if you love or even just like Shakespeare

Don't see it if you like flimsy dancing muscials

See it if you want to see a fun, well acted version of Much Ado, adapted to the current day; you enjoy actors interacting with the audience.

Don't see it if you want to see period costuming and elaborate sets; you have issues with strobe and fluorescent lighting.

See it if You like great, innovative theater that pulls you in and keeps you involved. A brilliant modern take on the Shakespeare play, original text.

Don't see it if You refuse to try Shakespeare, even with rave reviews. But try it! You'll like it. Read more

See it if you like creative, fresh new interpretations of classic works of literature.

Don't see it if you are not a fan of William Shakespeare. Read more

"Everything from the po-mo/EDM lighting and sound scheme, to the Johnny Mnemonic VR headsets...comes together to build a world that feels endearingly tacky, and completely lived in...It is a hilariously funny, visually striking and unrelentingly compelling rendition of the Shakespearean blockbuster. If you were to strip away all of its glitz and glam, it would still excel. With glitz and glam left intact, it’s one of best damn good times you’re likely to have Off-Broadway right now."
Read more

"Shakespeare’s timeless, not-quite-star-crossed lovers et al. are brought to life with electricity. Across the board, the cast shares an admiral devotion to their roles not just vocally, but physically...With a cast that pops in technicolor outfits and satisfyingly petty wordplay, 'Much Ado About Nothing' is an endearing performance. Under the direction of Ross Williams, this production bears the trademark value of the New York Shakespeare Exchange: its undeniable freshness."
Read more

"Director Ross Williams does an excellent job integrating the modern aesthetic without compromising Shakespeare’s original text...His direction electrifies this play so much that it doesn’t feel 400 years old at all. The actors revel in Shakespeare’s witty dialogue and bring out the puns in his writing...A rambunctious, hilarious evening that will make you fall in love with the Bard’s wit all over again, and convert any nonbelievers...For an evening with electric laughs, see this revival."
Read more