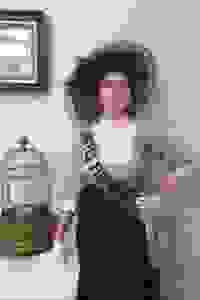 View in admin
Much Ado About Nothing (The Drilling Company)
NYC: Midtown W
83
Score it Scored!

Much Ado About Nothing (The Drilling Company) NYC Reviews and Tickets

'Much Ado About Nothing' is a comedy about courtships: a hasty one that nearly goes wrong and a hesitant one that leads to success. The delightful Beatrice and Benedick are reluctant while Hero, Beatrice's cousin, and Claudio, Bendick's comrade in arms, are overeager. In the original play, the men have returned from a military campaign in Sicily with hearts bent on marriage. Here they are World War I vets and the women are suffragettes. Their protofeminist zeal introduces a new level of complexity to the witty, agile, and sometimes insulting repartee between the lovers that is the play's trademark.

See it if Shakespeare in the Park always makes for a perfect fit for the Bard, especially his comedies and this production was no exception. GO !!

Don't see it if If you don't like sitting outside, have a fear of bugs, or don't like watching actors fending off raccoons, etc. Find free tickets offensive

Don't see it if you want a period piece

See it if I adore Shakespeare's comedies. This performance was one of the best I've seen of this play.

Don't see it if You don't get Shakespeare's sense of humor. His comedies can be quite quirky and sometimes a bit dry.

"Leave it to the Drilling Company’s brave ensemble to surmount the myriad distractions of Bryant Park with its robust and romantic staging...The players exuded an energy eclipsing the ambient sounds of the city...Under Hamilton Clancy’s direction, the production lags in more slapstick moments, largely in the first half, but not for want of vigor...The brightest moments involve the lovebirds."
Read more