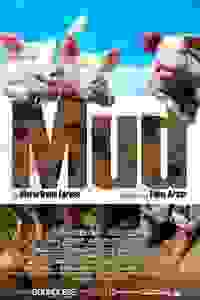 'Mud' follows Mae, a tenacious, illiterate young woman earnestly pursuing social mobility through education. Caught between Lloyd, her ill, resentful housemate, and Henry, a self-impressed neighbor-turned-lover, Mae struggles to pursue her personal goals while providing for the men who rely on her. Alternating between passion, cynicism, and surprising humor, 'Mud' relentlessly explores the cycle of economic oppression and the struggle of caring for one’s own.

See it if Woman wants more from life but is stuck caring for two disabled men. Tragic, yet so black that it's funny. Wonderful acting, powerful ending

Don't see it if You don't enjoy broken characters engaging in physical humor. You can't relate to their cursed, absurd lives.

See it if You live great theatre, this is a serious show beautifully done in an intimate thestre

See it if You like drama about a young woman who is struggling to learn how to read and do arithmetic while she maintains a household and works.

Don't see it if You are not interested in a play about rural poverty and how a young woman deals with it.

Also This play had some intense moments. My heart went out to Mae because she spoke as if she was less than and she accepted whatever. I did appreciate the fact that she was going to school to learn how to read and do arithmetic. Some interesting twists and turns along the way. The actors played their part and played it well.... Read more Read less

See it if like intense under-stated plays in intimate settings. There is so much that comes through without being said! Great acting.

Don't see it if you want a comedy or need your story to be completely spoken to you.

Also This was a great experience. The only thing I still don't get are the pauses in white light between the scenes. Completely unnecessary as it is followed by dark scene changes. It broke the flow of the show for me :(... Read more Read less

See it if you want to see excellent acting; are interested in the revival of a short play by a playwright of some historical importance.

Don't see it if you like fully staged productions; are looking for something light; prefer comfortable seating.

Also The characters in this play are "Grapes of Wrath" poor. The young woman wants more out of life and struggles to learn to read and do arithmetic. Her entanglement with two men impedes her ability to escape her dreary life. The script is above average, but not extraordinary. The acting is the reason to see this.... Read more Read less

See it if You like intimate theatres and well-acted dramas. The action is often in your face (or on your toes if you are not quick).

Don't see it if You are looking for something funny - the poster is rather misleading. This is serious, gut-wrenching stuff. Well worth your time.

See it if you like raw dramas with outstanding actors

Don't see it if you need happy endings; you are offended by off-color language; you want to see only likeable characters

See it if You like drama with excellent acting, interesting character study that is intense.

Don't see it if You don’t like intense drama.

Don't see it if you are turned off by intense conflict or sexual situations on stage.

Also Never could figure out the bright light at the end of every scene.

See it if A serious drama about poverty and trying to get out from under. Grim relationships. Insightful. Excellent staging for a very small stage

Don't see it if If, by the poster, you think you're going to see a comedy. This is dark.

See it if You want to see some good character studies done by some very talented actors. Venue is small allowing for close interaction with actors.

Don't see it if Small scale plays with limited staging are not your thing. Plays about flawed members of society don't interest you.

Also Good evening at the theater. Be careful though that you don't get hit by food projectiles emanating from one of the actors!... Read more Read less

See it if you are doing a dissertation on the playwright

Don't see it if you want to be uplifted and inspired

See it if you are curious about people so impoverished & marginal that they make the Joads look like members of the middle class.

Don't see it if your preference is for a drama with sharp psychological insights rather than a sharp depiction of people sunk in the mud of dysfunction.

Also Mud could have been a tragedy, but it settles for being a portrait of a woman’s relentless, involuntary race to the bottom weighed down by 2 dead-weight men. Many of the 3 characters’ motivations are often incomprehensible-maybe that’s the point. I assume that Mae, who has spirit & wants to improve her life, sees something in them (Henry at first seems more sophisticated & intelligent than he really is). She stays with them as long as she does partly because of emotional hunger & guilt & partly because of having nowhere else to go until she finally has enough. The play often tries to be distasteful & revolting & largely succeeds. Mud lasts 80 minutes but would be 70 if the freezes at the end of each of the 17 scenes had been eliminated; they were irrelevant to scene changes, which took place after the freeze ended. (Evidently the freezes are called for in the script; in a 1999 review Peter Marks likens them to “a photo album of Mae’s wasted life”). Good acting.... Read more Read less

See it if you like challenging, difficult theater. This play walks the line between comedy & tragedy & you are never sure if you should laugh or cry.

Don't see it if you want a breezy comedy or an easy drama. It is truly distressing, made even more intense by the proximity of the actors.

Don't see it if you need your plays to be plot-driven; if you're not up for a bleak story told with mordant comic flair

See it if enjoy dramas on serious subjects like rural poverty and lack of education. Great acting

Don't see it if you dont enjoy heavier topics

See it if you enjoy wonderfully acted and masterfully staged-in-a-small-space contemporary plays. Actors are so close you get to feel what they feel.

Don't see it if you want to see an entertaining, light comedy. This powerful story goes deep into human basic needs and shows us our survival mode raw.

See it if You want to go down a see a play with great acting that will give you something to think and talk about after.

Don't see it if While there are quite a few surprisingly funny moments, this play is sad.

See it if You're interested in the rarely told stories of people affected by extreme poverty and lack of education. Like intimate spaces

Don't see it if Are offended by profanity, violence and sexual content. Prefer light fare.

See it if you like small, intimate theater spaces and revivals.

Don't see it if you're easily grossed out

See it if You like drama with great acting.

Don't see it if You don't like tiny spaces.

See it if You are interested in plays that fearlessly take on tough subjects.

Don't see it if You don't want to see violence (I hate blood and gore and this wasn't too bad).

Also I hated the plot/the characters/everything so much. It was also one of the best shows I've ever seen. Come to be completely thrown off your axis.... Read more Read less

Don't see it if you dislike Fornes, freeze frames or are looking for a happy play

See it if you love intense acting and thrilling staging

See it if you like a good story and acting. Something to think about.

Don't see it if You prefer large scale shows and big productions. 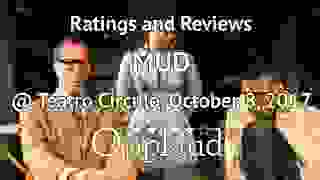 Ratings and Reviews for MUD at Teatro Circulo in East Village on Sunday, October 8, 2017 @ 6:00pm 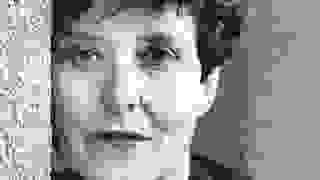 Boundless Theatre Company will present a revival of Maria Irene Fornes' MUD - the first time this seminal drama by the 9-time Obie winner has been seen in New York since 1999. The production will be directed by Elena Araoz. Previews begin October 5 at Teatro Circulo in the East Village with press opening slated for October 12. 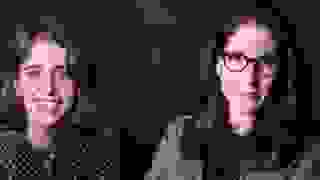 Mud is listed as a Qualifying Production by Parity Productions this October! 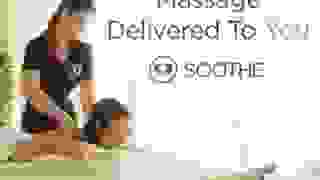 MARY JANE at NYTW, TOO HEAVY FOR YOUR POCKET at ROUNDABOUT, and A RAISIN IN THE SUN at HARLEM REP ALL PART OF THIS MONTH’S QUALIFYING PRODUCTIONS LIST FROM PARITY PRODUCTIONS - StageBuddy.com

Boundless Theatre Company
Producer
Get Alerts Alerts On Alerts Off 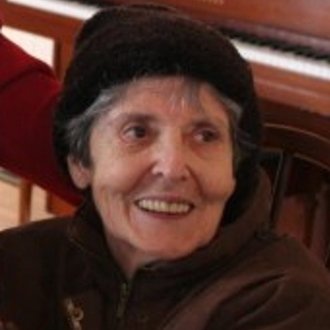 Maria Irene Fornes
Playwright
Get Alerts Alerts On Alerts Off 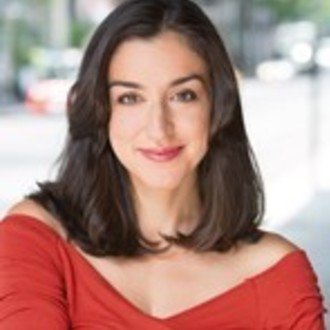 Elena Araoz
Director
Get Alerts Alerts On Alerts Off 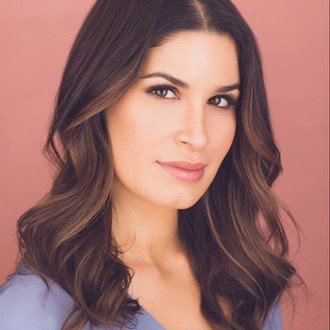 Nicole Villamil
Mae
Get Alerts Alerts On Alerts Off 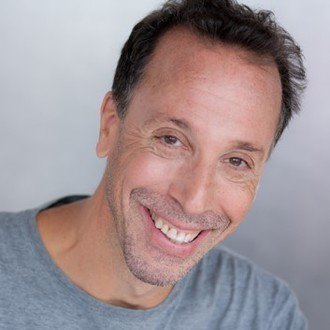 Nelson Avidon
Henry
Get Alerts Alerts On Alerts Off 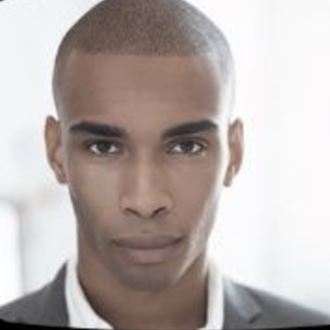 Julian Elijah Martinez
Lloyd
Get Alerts Alerts On Alerts Off 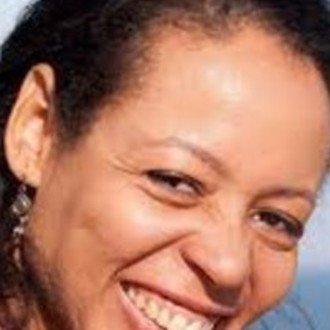 Sarita Fellows
Costume Designer
Get Alerts Alerts On Alerts Off