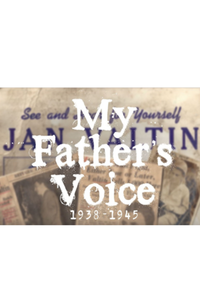 The Playroom Theater presents Eric Krebs' solo show inspired by letters his father wrote in the '40s while imprisoned on Ellis Island and later, when he served in the U.S. Army.

In 1938 Richard Krebs, a German seaman, jumped ship in Newport News, Virginia and vanished into America. In December 1940, under the pen name Jan Valtin, he published his autobiography, 'Out of the Night,' chronicling his time as a communist revolutionist serving Stalin, and later, as a Gestapo prisoner of the Third Reich, and how he finally escaped. The book became a national sensation but a few years later, he was arrested and imprisoned on Ellis Island as a possible Gestapo agent. After being acquitted, he was drafted and served the United States as a combat infantryman in the jungles in the Pacific War. Using a cache of recently discovered letters, his son, Eric, shares his father's passion, beauty, and despair in the period between 1942 and 1945.

See it if This was an interesting play, an amateur reading letters re ww2.If you like this kind of play that remembers a family member.

Don't see it if could be slow at times, not to see if you do not like a play where a person talks about letters from family member.

See it if you like beautiful writing. Although most of the show is read from letters, the performer is most charming when he speaks to the audience.

Don't see it if being read to puts you to sleep. The letters are beautiful and well read but listening is a sort of "story time" before bed experience.

See it if want to get a glimpse of a Father engulfed in world conflict in the 20th Century . Eric Krebs not known as an actor tells an excellent tale

Don't see it if It is a one man show.It is 90 minutes or so, It is only performed on Mondays. Read more

74
Interesting and (mostly) absorbing., Slow and long; needs considerable tightening., Eric is likable and comfortable in front of an audience., There's a lot of good and touching material here., Thought-provoking.

See it if You want to hear a non-actor read his father's beautiful letters to his mom about his astonishing life experiences and two world wars.

See it if you want to hear some very well written letters from a man with an extraordinary background. Eric shares treasure trove of his dad's letters

Don't see it if can't sit still for two hours of reading without any multi-media, staging, etc. Read more

See it if you love history and want to hear a well written (from the days when people wrote letters) of life on Ellis Island and in the Philippines.

Don't see it if you are looking for musical comedy entertainment. These well written letters are a treasure. Oh for the days before email.

See it if you are interested in unusual story about a fascinating person.

Don't see it if you do not like factual stories of the past.

See it if You like history. This was very personal as it was about the actor's father. Very interesting story and well done!

Don't see it if If you don't like being read to.