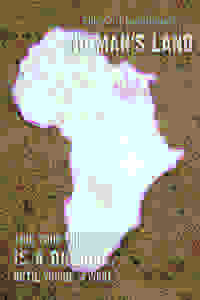 The Anthropologists’ world premiere uses the real-life story of a dad who tried to make his daughter a princess as the jumping off point for an intense examination of racism.

Four actors set out to wrestle to the stage the true story of American dad, Jeremiah Heaton, who planted a flag in the African desert to make his daughter a true princess. They attempt to expose this modern-day fairy tale’s roots in systemic racism and white privilege. What follows is an outrageous, inappropriate, and sometimes painful confrontation with their own bias as they take the journey to telling a new story.

See it if you LOVE devised theatre and performance art; you want to take action after seeing the show; you want to be provoked.

Don't see it if you prefer simple storytelling with a simple message.

See it if You are a human being concerned about the social injustices and prejudices that are occurring in the world.

Don't see it if You do not have an open mind.

"‘No Man's Land’ carries out a thoughtful and entertaining full-throttle investigation of a single story based on real-life events…The team has done a fine job of showing the deep personal importance of the issues while expanding their thoughts to include a wider range of perspectives. Most importantly, it does this without bring preachy, or dragging the audience to the psychologist's couch…It's uplifting but realistic, courageous but honest."
Read more

"Given its focus on identity, race, and theatrical narratives, the new play 'No Man's Land' could not be more timely...Keeps the audience pleasurably on its toes while it tries to hammer out its own existence. It's aided in this by strong, versatile, entertaining performances...This is a very smart play that acknowledges the messiness of trying to tell this story or any story, and insists on characters that are correspondingly less than perfect."
Read more

"Encouraging imagination and make believe, this show has a romper room-like atmosphere with homemade costumes and dollar-store props...This 90-minute play uses humor to touch on racially focused police brutality, however the late introduction of a female refugee’s plight in the play failed to have the deep meaning desired. In the end it was hard to decipher the story’s main thrust and the audience was left wondering what they were fighting for."
Read more

"A morality play meets zany variety show; there can be no funnier work about one of our most squirmy topics—how whites and POC speak to each other about race—currently on the NY stage...The productive tension between dialectic and hilarity leaves you high—in the way of a workout rather than a drink, you've made progress...Evenly performed in the spirit of 'devised investigative ensemble theater'...each actor lives up to the challenge of this most vulnerable genre."
Read more