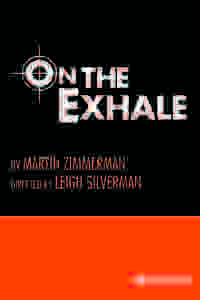 On the Exhale NYC Reviews and Tickets

When a senseless act of violence changes her life forever, a liberal college professor finds herself inexplicably drawn to the very weapon used to perpetrate the crime—and to the irresistible feeling of power that comes from holding life and death in her hands. Peering down the barrel of a uniquely American crisis, she begins to suspect that when it comes to gun violence, we’re all part of the problem.

Don't see it if Zimmerman loses audience by asking us to believe in a gimmicky plot devise. Silverman ably directs but again Marin has us at the first word

See it if you like one woman shows and Marin Ireland especially, you are interested in explorations of gun tragedies and community reactions

"As directed with characteristic sensitivity by the ever-busy Leigh Silverman, ‘On the Exhale’ provides a welcome opportunity to see an artist of Ms. Ireland’s caliber take a character through the stages of grief…It’s a brave and bold premise for a play. And if ‘On the Exhale’ never quite fulfills its potential to unsettle, it’s because Mr. Zimmerman’s authorial hand is too much in evidence — meticulously setting up the back story and balancing patterns of imagery."
Read more

"As a moral construct, 'On the Exhale' has weight, but as a play, it falters. Zimmerman is skilled: he shows a cinematic attention to detail and has a clever way of using storytelling techniques to shift focus and keep us disoriented. But ultimately, the characterization rings false...Ireland's thrumming voice makes the short-story-cum-soliloquy slip through our defenses despite its unlikelihoods...It might not be till later that you realize how the text was so wide of its mark."
Read more

"Dealing with the issue of gun violence in America in compelling fashion, ‘On the Exhale’ never feels like it’s preaching to the choir...Maintaining a relentless tension without lapsing into histrionics or melodrama, ‘On the Exhale’ makes its points succinctly and intelligently. Ireland, one of New York theater's most invaluable performers, delivers superb work that is all the more affecting for its carefully calibrated restraint. Silverman’s direction of the piece is similarly understated.”
Read more

"Composed in a lucid style by Martín Zimmerman and unobtrusively directed by Leigh Silverman, the material is sometimes too lumbering in convincing us of the professor’s 180-turn towards gun nuttery...But New York stage veteran Ireland gives a characteristically live-wire, throttling performance...There are a few moments during the final stretch of 'On the Exhale' where she turns so unnerving and unpredictable that we don’t know what to expect."
Read more

"A remarkable one-hour, one-woman monologue by the enchanting actress Marin Ireland inspired by the heinous school shooting at the Sandy Hook Elementary School in Connecticut. The subject has been explored before, but never with this much emotional power. It’s a one-hour session in electroshock therapy without leaving your seat...'On the Exhale' is a shattering experience in the presence of a cogent, captivating actress who deserves a bigger audience."
Read more

"Zimmerman's decision to indulge in formal gimmickry keeps the play from ever hitting the bull's-eye...We don't get the sense that the stakes are life-or-death...We are always acutely aware that she is reciting poetry. This problem is compounded by Leigh Silverman's stripped-down production...There are moments of simmering intensity…Sadly, ‘On the Exhale’ always takes a breath and backs off the ledge. The result is a drama that feels safe and unmemorable."
Read more

"Marin Ireland is armed only with Martín Zimmerman's text and her own formidable talent, but it's enough to leave us thoroughly shaken...I won't swear that, without an actress as fiercely committed as Ireland, 'On the Exhale' might not seem rather melodramatic, but Zimmerman has a poet's touch...The director, Leigh Silverman, keeps a firm hand on the proceedings, never letting the experience become exploitative...It is the most harrowing sixty minutes in New York at the moment."
Read more

"Ireland is superb; she's a fastidiously intelligent actress, and that intelligence, so right for this professor, stands in captivating contrast to the visceral warmth that emerges when she takes life and death quite literally into her own hands...This fusion of acting, direction, and writing is 'On the Exhale' at its best, because it levels out a piece that is otherwise rocky...Well-meaning but well-worn pabulum."
Read more

“For the first few minutes of this extraordinary play, Marin Ireland rushes through the text and uses some old saws of expression that feel like leftovers from other productions. Luckily this does not last long, and soon Ms. Ireland is not only in full control, she has chosen a direction to take and is unhesitant about leading us to her destination...Where writer Martín Zimmerman and director by Leigh Silverman guide the story has a depth and stunning resonance.”
Read more

"This uncomfortable but important topic is made palatable by a wonderful team comprised of actor Marin Ireland, playwright Martín Zimmerman, and director Leigh Silverman, who brilliantly present the nuances of a woman going through something unimaginable...Directed with a light touch by Silverman, 'On The Exhale' has an intimacy that feels more like a therapy session than a play. The drama is there but Ireland doesn’t play it up."
Read more

"Marin Ireland, one of our most talented stage actors, seems incapable of giving a less than compelling performance...While the acting is impeccable, the material seemed a bit formulaic. During the last 15 minutes, the play took what I felt was a wrong turn that undermined some of its force...Leigh Silverman’s unfussy direction is assured. It’s only an hour long, but it’s a very intense hour."
Read more

“The mother in ‘On the Exhale’ is played by the brilliant Marin Ireland, who, under Leigh Silverman's delicate direction, has never been better…Ireland so persuasively conveys the mother's grief that there were moments when I literally shook with the sorrow and the rage that having a beloved so savagely ripped away would arouse. It's not that I didn't know intellectually what the horror of such an experience might be but ‘On the Exhale’ made me feel it.”
Read more

"Zimmerman’s powerful show about a woman devastated by the most tragic gun violence hits every emotion of fear, tragedy, loss, and revenge. But it never becomes predictable and offers enough twists to keep you constantly riveted...Though the language tries to be detached, Ireland is deeply engaged in every word, motion, and emotion. Ireland is emerging as one of our great character actresses...Ireland is captivating and has all the power she needs—with or without a gun."
Read more