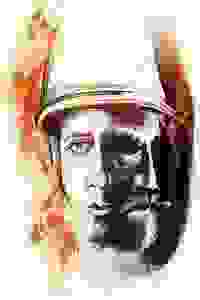 Rattlestick Playwrights Theater and Page 73 Productions present the NY premiere of this drama about the relationship between a transgender child and their dying Vietnam vet father. More…

Nut grew up the youngest child of Vietnam vet Julius in '80s/'90s working-class America. As Julius suffers the toxic effects of Agent Orange, Nut worries their time together may run out before they can embrace something essential about their relationship. Paging through forgotten photo albums and acting out old war movies about brothers-in-arms, Nut leaps through time and memory, tracing the complex intimacy between father and child when the child is transgender, fighting for mutual recognition before it’s too late.

See it if you can tolerate a bad script to see some solid acting. Garage door is well used. Some impressive special effects.

Don't see it if you have no patience for an unintelligible mess. What was this play about? Hot topics w/o insight. Vietnam portions were especially cryptic

See it if I love most shows at the RS. This was a rare miss. When I read what it was about I was very excited. This is my kind of show but it just

Don't see it if never moved me. The acting however was great. Everyone was perfectly cast.

See it if you'd enjoy a well-performed family drama in which the main character addresses the audience throughout.

Don't see it if a non-linear story will irritate you. The narrator jumps back-and-forth between different memories for the entirety of the play.

See it if you enjoy a family drama peppered with Agent Orange. It is engrossing but seemingly without direction.

Don't see it if you need a linear story with clarity.

See it if you enjoy memory places that go back and forth in time and location at a confusing pace & has characters undeveloped & uninteresting.

Don't see it if you don't like 90 minute memory plays about the effects of the Viet-Nam war and its effects on the veteran's future and family.

See it if You can put aside the desire for a well made play, and can deal with an episodic, almost random structure. Let it work in its own fashion.

Don't see it if You want a beginning and an end with a logical story in between. You don't mind passing on a strong performance by a beloved downtown player

See it if like non-linear, reflective family dramas; really well written and acted, but it is disturbing and uncomfortable

Don't see it if don't like to be challenged, need linear storytelling

See it if Interested in the Vietnam War, psy. trauma, agent orange & the damage to vets & their families with notes on parent/child relationships

Don't see it if You dislike plays related to war. Not in the mood for a serious play of mental & physical breakdown or transgender child & his father.

Also This is an ambitious play to showcase the horrific effects of the Vietnam war & the permanent damages of psychological & physical ruin to veterans & the stress & pain wrought on their loved ones. Add to this big plate is the complicated relationship between a transgender child & her agent orange damaged father who is haunted by the horrors of the war. He is lonely as hostage to a traumatic experience & the child is also torn by love/guilt & avoidance of closeness to her father while struggling with her sexual identity. Problem with this play is that the child's memory leaps back & forth to age5/6, 10-12, teenage years etc. with mixed chronological order makes the story confusing as the father too, is reliving past episodes. All this becomes repetitive & unfortunately BORING. There really was little space to fill in the child's transgender experience so it is just a footnote & her sexual identity has no dramatic impact.

Stephen Payne is the saving grace to this
Mish-mash! He excells!

Don't see it if it meanders and digresses a bit-- go with it. It builds gentle but inexorable momentum.

See it if you are excited to see a show about a trans character that is not a coming out story.

Don't see it if you aren't interested in the Vietnam War (honestly, the scenes with war flashbacks were very confusing); you don't like nonlinear timelines.

See it if you like small intimate stories about family in war time and loud noises.

Don't see it if you are sensitive to fog. Or have a hard time following non linear stories.

See it if You want to see a play narrated by a transgendered character.

Don't see it if You want to be able to follow what's going on.

See it if You like to see up-and-coming playwrights before they hit the mainstream.

Don't see it if You have a low tolerance for non-narrative theater and are a big fan of plot.

See it if you must see a show about subject of being transgender.

Don't see it if you do not want to be confused because there are too many topics and characters just running on and off stage. Just a big mess.

See it if You want to support emerging writers, a few good actors and a great venue/program (page73 is great)

Don't see it if You want to be entertained or inspired. The time shifts(?) and transgender themes were not cleverly or clearly presented.

Also The storytelling method of having the protagonist narrate everything to you before then acting it out felt like you were at a children's show. Despite that, I had no idea what was going on. A very strange combination.... Read more Read less

See it if you love an amazing set that is highly functional. The acting was also great. You will enjoy the mix of comedy and sincerity.

Don't see it if you are looking for a story that is always easy to follow.

See it if you want to see a drama that explores the effect of the Vietnam war on the soldiers and their families, or enjoy coming-of-age stories

Don't see it if Despite the title, "Orange Julius" is a drama with some heavy and challenging themes. It has some humor, but it's not a sugary, frothy play.

Also The main character of the play is Nut, a young transman growing up in the 80's and early '90's in a working class Massachusetts family. As Nut, dynamic actor Jess Barbagallo speaks directly to the audience, recalling anecdotes of his family life. Most of his recollections involve his relationship with his father, Julius (a compelling Stephen Payne). It's a delicate, cautious, and complex connection between this father and son. Julius is a Vietnam veteran who has suffered emotional and physical damage from his military service, including the effects of Agent Orange. Nut's desire to get to know his war-scarred father on a deeper level manifests itself in unique ways. He engages in some transcendent visions about being a fellow soldier alongside Julius in wartime Vietnam. Through the fine acting and energy of the cast and the intensely personal dialogue, "Orange Julius" really makes an impact with is evocation of nostalgia, fear, longing, and other youth-specific emotions.... Read more Read less

See it if You enjoy 1st person narratives where the central character explains the entire story as it unfolds. good play for a trans perspective

Don't see it if You aren't into memory plays or a non linear story. after a while I got tired of listening. Lots of entrances and exits.

Also What I liked is that it was a play that featured a trans main character and the play didn't bash you over the head about it. To me this was a play about remembering a father who was imperfect and damaged from war, yet a very sweet and vulnerable man. Hence the title....... Read more Read less

See it if you enjoy a nuanced, engaging story - plus some marvelous performances - with an inventive structure.

Don't see it if you can't handle non-linear plays.

See it if You like one person plays where the central character is surrounded by other characters swirling around them.

Don't see it if You want a story you can sink your teeth into instead of just trying to track all the things going on.

See it if You enjoy thinking about what you're watching and how things connect.

Don't see it if The ideas of a confusing strange romance and death pain you.

See it if You care about the future of this art form. Theatre needs plays like OJ. It is compelling and daring from start to finish.

Don't see it if Your tastes are more commercially oriented, or if you demand that theatre simply be entertaining and unchallenging

Also This is an excellent example of what downtown/non-commercial theatre has to offer. From start to finish the acting on display in this show is brilliant, buoyant, and visceral. The casting is excellent, and I cannot sing their praises high enough. The play itself and the direction can be, at times, messy, but it is a beautiful mess that bounces across continents and decades at the flip of a switch. This play matters. Support it.... Read more Read less

Bruce 6
New York City
65+ | Male
550 reviews
Get Alerts Alerts On Alerts Off
During previews
71
Drink in searing orange julius to show ravages of vietnam/agent orange on a family, though not a complete theatrical meal
January 20th, 2017

Also Dramaturgically, this play might have been more resonant had it provided the insights the transgender Nut gained on his own journey to becoming male through his reflections on his father on the battle field and his father's battles with illness. But here's another way to look at the play: it depicts unsparingly, but with humor, a Trumpian America where middle-class families are being decimated. In all, Kreimendahl is a very promising playwright with an interesting voice.... Read more Read less

See it if you want to see an extraordinary performance by Stephen Payne. 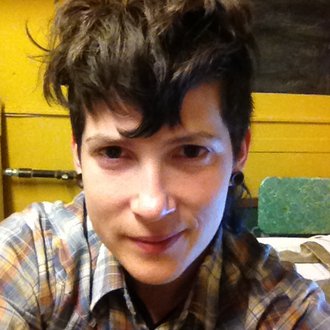 Basil Kreimendahl
Playwright
Get Alerts Alerts On Alerts Off

Dustin Wills
Director
Get Alerts Alerts On Alerts Off 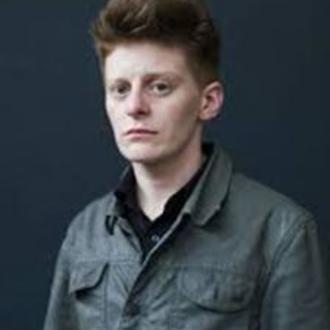 Jess Barbagallo
Nut
Get Alerts Alerts On Alerts Off 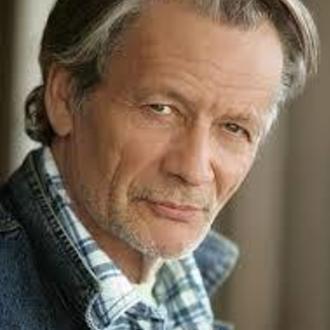 Stephen Payne
Julius
Get Alerts Alerts On Alerts Off 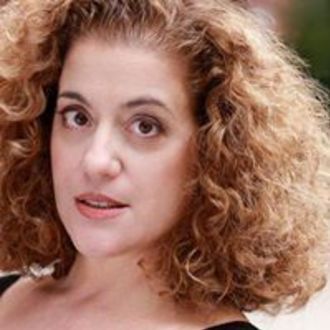 Mary Testa
France
Get Alerts Alerts On Alerts Off