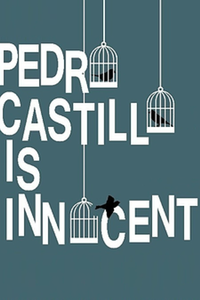 Theater for the New City presents a play about a man wrongfully convicted is inspired by the story of Fernando Bermudez.

A play recounting the incarceration about an innocent man in prison and his family, which will be performed just streets away from the scene of the 1992 crime. Bermudez was convicted in 1992 for a murder he did not commit. He remained in prison, despite the eyewitnesses, who picked Bermudez’s photo out of a lineup, recanting shortly after his conviction. After serving almost 18 years, he was exonerated in 2009. Bermudez later received $4.75 million from the state of New York as compensation, the largest settlement for an exoneree in the state’s history.

See it if You want something long

Don't see it if I fell asleep half way through so there isnt much to say. I thought it was slow

"A meaningful attempt to dramatize the important story of wrongfully imprisoned Fernando Bermudez...The problem with the play lies in what Solnik has chosen to be the focus of the story...I have to wonder if the play would have been more successful if they had stuck to a completely factual or completely fictional story, rather than somewhere in between."
Read more

View in admin
A
Kathy Towson

"Inspired by the wrongful 18-year imprisonment of Fernando Bermudez, who was falsely accused of murder, the play itself did not go into the details of the actual case. The potential writing talent of the playwright was unfortunately not evident. I found the 'Liberty' character personally offensive. The production missed the mark in many regards and failed to take advantage of the opportunity to take us on an emotional journey."
Read more