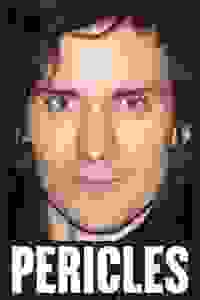 Theatre for a New Audience presents 'Pericles,' an epic voyage of self-discovery, redemption, and reconciliation; directed by Tony and Olivier Award-winner Trevor Nunn, with live music.

Trevor Nunn, four-time Tony and Olivier Award-winner and former Artistic Director of the Royal Shakespeare Company and the Royal National Theatre, stages 'Pericles,' one of Shakespeare’s late plays, for the first time in his career. 'Pericles' combines a fantastic adventure–a hero wandering, Odysseus-like, through the world of the Aegean–with a story of a miracle. Live music, composed by Irish artist Shaun Davey helps convey the mystery and magic of this story. This will be the first time in his career that Trevor Nunn will have directed 'Pericles' and staged Shakespeare with a U.S. company. This production will also be a part of TFANA's season-long celebration of the 400th anniversary of Shakespeare’s death.

See it if you feel compelled to check this Shakespeare off your bucket list; you'll feel like you never have to see it again!

Don't see it if you like strong acting;the verse is badly spoken (one of the lead's has a serious speech impediment).This could have been fun, but wasn't.

See it if You're a Shakespeare fan, anxious to see a rarely performed play get a good looking, dynamic production; you're a Trevor Nunn fan

Don't see it if You think you would have trouble understanding Shakespeare, you have no tolerance for the fanciful, you don't like acting that varies widely

See it if You like inventive spectacle, gorgeous costumes, well spoken text in rarely staged Shakespeare

Don't see it if You don't want to be up close & personal with shipwrecks, bordellos, & pirates

See it if you want a Trevor Nunn spectacle. Masterful staging. An epic tale of adventure. Skillful character acting. Christian Camargo is riveting.

Don't see it if you don't get Shakespeare and can't sit still for more than 2 hours. The convoluted plot is actually fun and the narration is wonderful.

See it if you're curious to see a rarely produced Shakespeare play.

Don't see it if you're turned off by looooong plays with all-over-the-place acting skills.

See it if You want equisite, fantastical costumes.

Don't see it if You value your time ;)

See it if You are a completeist, and need to add this, one of Shakespeare's least worthy efforts, to your list.

Don't see it if It offends you that the incestuous king, the murderer, the maid, the brothel keepers, the griot are all black, and the saintly women blond.

See it if If you want a well-executed production of Pericles. It's certainly beautiful and focused. The flaws are really within the play itself.

Don't see it if You don't like Shakespeare or are willing to bear with a show. It IS slow, but a good production of Pericles can be a bit tricky to find.

"The production, largely well acted and vividly staged, opens with a thunderclap, an apt harbinger of the stormy tale to unfold. Mr. Nunn has played fast and loose with the text...This is an action-driven yarn — the equivalent in the Shakespeare canon of a popcorn picture — and Mr. Nunn’s careful editing improves the tale’s sometimes haphazard momentum...Given the mildly disappointing performances in some key roles, I found myself, as always, entranced by the final scenes."
Read more

"Trevor Nunn's ravishing production of 'Pericles' may well be the best account of Shakespeare’s bad romance that you will ever have a chance to see...It is a testament to Nunn’s directorial mastery that he is able to fashion a coherent, often beautiful pageant from such weird materials...Against all odds, the play is finally quite moving; the famed 'recognition scene' between Pericles and his daughter, Marina, brought tears to my eyes."
Read more

"Nunn has thrown everything he knows how to do, circa 1975, at the text...This all looks and sounds grand, but a variety-show aroma seems to cling to the proceedings...Something has to be done with the weaker material in 'Pericles' in order to make way for the stronger, and it might as well be cheesy. The good news is that Nunn has cast actors who can serve the cheese but also the verse, so the beauty pops as much as the humor."
Read more

"Taking his cue from the text, Nunn infuses the picaresque proceedings with generous amounts of song and dance, making an already long evening feel even longer...For all the furious activity onstage, the overall effect is curiously lifeless, due to both the diffuseness and unevenness of the material...Nunn is mightily straining for poeticism, when a light-hearted, winking approach might have produced more felicitous results."
Read more

"It was exciting to see what legendary director Trevor Nunn would do with 'Pericles,' but his production for Theater for a New Audience is just as scattered as the play. This is especially true of the acting, which is all over the map. Christian Camargo is broodingly soulful as Pericles but some of his co-stars are embarrassingly awful."
Read more

"This is one overstuffed play, one that Shakespeare apparently didn’t write alone. The notion of multiple authors may account for the chockablock story and schizophrenic tone. The drama is all over the map...There’s so much going on that Gower, the narrator, makes an even bigger impression than the hero. Trevor Nunn, the veteran British director, has added music to make the three-hour work feel dynamic. To counteract the story bloat, his production is sleek and spare — less can be more."
Read more

"Nunn’s 'Pericles' is an unusually lavish affair, with a 22-person cast, live music and rich, exotic-looking costumes. Alas, 'Pericles' is not worthy of such large-scale production values. The three-hour show, though visually sleek and persuasively acted, comes off as bloated and tiresome, and Nunn’s edits to the text do not add much clarity."
Read more

"Nunn probably could have cut a chunk of text without affecting the overall arc. But his physical production is rollicking…At times, though, the acting is more of a mixed bag. Few American actors speak the language of Shakespeare with as much finesse as Camargo does, and he is a mightily appealing Pericles…Lily Englert is oddly disconnected from her role...For completists, this is the chance to scratch another one off the list. And this production is a particularly handsome way to do so."
Read more