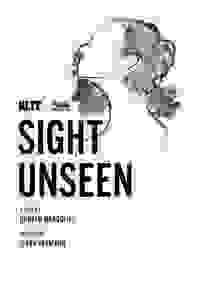 Jonathan Waxman is an American mega-artist who's under an intense spotlight. Just before his work is celebrated with a retrospective in London, he journeys to the British countryside to see his former lover, Patricia, who lives with her English husband, Nick. In their cold, remote house, Jonathan discovers an early painting of Patricia he'd done when they were young. The subsequent struggle for the painting embodies the unreconciled passions of the past. In taut scenes that dart from past to present and back, the characters are forced to deal with complex issues such as anti-Semitism, the legacy of the Holocaust, assimilation, the sadness of lost love, and the role of the artist.

Don't see it if You don't want to think about what is going on at multiple levels. You don't like a non-linear timeline.

See it if you enjoy a well written drama which deals with art in general, artists and the role of art in society.

Don't see it if you prefer linear plots with lots of humor, action, and no philosophical issues.

82
Important play gets a solid revival

See it if Compelling themes of art and commerce, anti-Semitism. Is the main character a visionary artist or just a money grubber?

Don't see it if A modest production in a tiny Tribeca loft. Fine cast and intelligent script make it worthwhile.

See it if you value clever thought provoking writing & fine acting in a show that deals with art,it's perception, anti semitism & the vagaries of love

Don't see it if you don't want to be challenged.

See it if you like well drawn characters. I really liked watching these disparate characters and found myself rooting for the 3 central ones.

Don't see it if You have trouble walking up 4 flights. You are offended by easy German/Jewish controversy. You find actors moving props distracting, Read more

See it if You want to see a play that takes you back to an earlier time in the actors life to give some insight as to why their relationship ended.

Don't see it if You don't like talky plays or plays where just about every interaction is an argument.U need heroes and villains -not all flawed characters.

See it if you want to see a great script acted out very well - with three main characters who deal with their intertwining lives, past & present.

Don't see it if you don't like small theaters; are looking for a lot of action rather than dialogue; prefer fancy sets. Read more

"An exceptional cast and astute direction make the quaint, four-flight walk-up worthwhile for theater lovers...The play’s give-and-takes touch on the various aspects of art...If that makes it sound rather dry, it’s not. Under director Jerry Heymann, the actors squeeze out plenty of juice in the confrontations...It’s Margulies’s story, the actors, and the direction that make this production such an absorbing evening of theater."
Read more

"Patricia and Nick become inextricably entangled in this subtle, psychologically complex exploration of the artist’s relationship to his art, to his personal life, to what it means to be a son, and to what it means to be Jewish in America...The razor-sharp dialogue keeps the audience raptly attentive...The actors are all fine, especially Nagrant...But the star of this show is Margulies, who has made a timeless work that still enchants while making its audience sit up and pay attention."
Read more