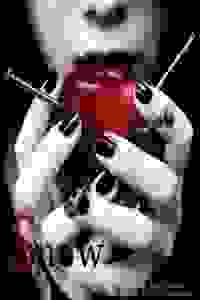 Six actors take on multiple roles in this trio of tales, including the Grimm Brothers, who originally collected and published the 'Snow White' fairy tale; the Campbells, a Victorian theatrical family whose lives begin to mirror Snow White; and modern-day Astrid, a young woman who, after her abusive mother puts her in a coma, must decide whether or not to wake up. Recommended for mature audiences.

See it if Draws you into death, incest, insanity, and other horrors in the Grimm “fairy tales”, and relates them to life today. Scary and deep.

Don't see it if You don’t want to witness rape, child abuse, and drug use. You are not interested in where these folk tales come from and why they matter. Read more

Don't see it if If it would pain you to see women monstrously abused and blamed besides.

See it if You like well written, dark story telling that spins traditional fairy tales.

Don't see it if If you have trouble with some indulgent moments, and some triggering moments.

See it if You want a smart evening out at the theater that will really make you feel - unlike so many shows out now.

Don't see it if You don't want something heavy.

See it if Spellbinding writing and directing

Don't see it if Rape

See it if You are looking for a thought provoking expierence. Leave you thinking about subject matter way after the show is done.

Don't see it if Not into darker subject matter, also not a family friendly play.

See it if You like dark, brooding theatre. It is intense. Thought provoking but very hard to follow.

Don't see it if You don’t want to see something Dark. Hard show To watch. It is not for children.

“Unlike any production of a fairytale one has ever seen...Ms. Griffin beautifully enacts what it is to be woman in life and art...She combines strength and vulnerability in a remarkable way, rarely seen, and gives a stunning performance...Directed by Sage Barrie, 'Snow' is an action based production with never a dull moment...A warrior of stage direction...’Snow’ shows us that fairytales are not obsolete but very important...Ashley Griffin is an artist to watch.”
Read more

"An overstuffed production that never really finds its footing...It's a little too grand and impractically unadulterated…'Snow' is in desperate need of dramaturgical assistance…It’s a theatrical thesis on the Grimm’s story that is repetitive and often uninteresting…Fluidity was on the side of Vogel, effortlessly bouncing from story line to story line. For the most part, he was able to pull out the themes within the text but simply due to the one-dimensional characters, the piece flatlined."
Read more

“‘Snow’ is a beautifully ambitious play. Are the deep things that we desire in our heart of hearts – a love that will last forever, someone to save us, hope in a hopeless world – the things epitomized in our stories, actually real? The idea that ‘we are all stories in the end’ is powerfully explored, as is the nature of goodness – what it means to be good and why goodness does not always lead to happiness. This is a play that, while not easy to see, needs to be seen."
Read more