"Steel Magnolias" examines the relationships between a tight-knit group of Southern ladies in a small-town beauty parlor, who witness the milestones in each other’s lives.

The play is alternately comic and touching—and, in the end, deeply revealing of the strength and purposefulness which underlies the antic banter of its characters.

See it if If you want to see a really good story about southern women who come together due to illness. Good direction and acting.

Don't see it if You dont want a trek outside Manhattan. If you want a more uplifting play.

See it if Six southern women bond over visits to the hair salon, supporting each other through life's ups and downs. Many charming details.

See it if Best Set at Gallery. Partner's super high rating but I was not enthused with it ages ago as well as now. Ergo this Ave.Acting very good.

Don't see it if Some sad doings, but it is life ..

Also Great depiction of a time and a
place

See it if you enjoy good comedy-drama performed by an able cast with on a superb set, changing nicely with each act. Sound and lighting both pluses.

Don't see it if you want a lot of physical action - this is mostly talk among a small group for over two hours making the slightly padded seating wearing.

See it if You like the kitchen sink style of storytelling. You want a mix of comedy & drama. You want an charmingly retro play that entertains.

Don't see it if You only want to see the movie cast. You don't like one- set plays where you hear about events. You want a more contemporary story.

See it if you’re looking for a female-led show that’s funny, poignant, and emotional. Take your best friend.

Don't see it if you don’t like sappy shows that hit at the core. This show is about the strength of true friendship, and the joys and hardships it faces.

See it if You enjoy realistic drama/comedy about the lives of small town women. You have seen the movie and loved it. You’re willing to go to Brooklyn

Don't see it if You are looking for a fancy production. This is as down home as it gets ! You prefer shows with lots of physical action.

See it if The tragic outcome of chronic illness brings out the metal in these Southern women.

Don't see it if You don’t want to go to a Brooklyn venue. You want a more contemporary play.

See it if you want to see a heart-tugging story that showcases six strong actresses. Another excellent set from GP - who needs a haircut?

Don't see it if you want a contemporary setting, remember this was set in the 80s. Otherwise, excellent production.

Marc 7104
New York City
50-64 | Male
302 reviews
Get Alerts Alerts On Alerts Off
50
This wickedly funny play was no match for this disappointly unskilled cast of actors that it fell short of laughs and heart
June 29th, 2019

Don't see it if you are expecting a class A level production, because what you are going to get is a below level community theater production missing heart!

Also I truly love this play. I first saw the 1987 production at the Lucille Lortel Theater. It was AMAZING!!! Then in 1988, I saw a local production in New Orleans that again blew me away. The 2005 Broadway production was a disappointment despite the wonderful cast of actresses. This 2019 Gallery Players productions is a misfire on many levels, but mostly because the actresses were not skilled enough to give the characters the real ump they deserved. Truly sad!... Read more Read less

See it if You like stories about friendship between women

Don't see it if You don't want to be sad

See it if like a good show with all six supertalented actresses;not afraid to be emotional, enjoy sense of community on stage and feel like part of it

See it if You like nostalgic well acted plays

See it if You want to see a wonderful play performed by a talented cast.

Don't see it if You are unwilling to travel to Brooklyn

See it if Southern talkative play

Don't see it if Want to travel to Brooklyn

Also Never saw the movie .
Did not know the story
I thought the story would be about one particular character in the beginning but the central characters change

See it if you want to see a well performed show about mothers, daughters and friendship.

See it if you love a very beautiful story about friendship.

Don't see it if you are not too fond of sentimental plays.

Also Full disclosure - I absolutely love the movie. I grew up in the eighties and as a gay guy this movie (along with Beaches) is a viewing requirement before you can get your gay card. So I know the dialogue by heart and since the movie was based on this play I remember all too well all these lovely women (and the actresses that play them) as if they were my family. With that being said I thought almost everyone did a marvelous job in bringing their own interpretation of these characters that I have loved all my life. Almost everyone. I was particularly amazed on the actress playing Truvy (Elliot) for she totally anchored the whole play as well as the actress playing M’lynn (Wolford) who was heartbreaking. Bear in mind that this is an Off-Off Broadway Show (similar to a regional work) so don’t expect a big budget broadway extravaganza. Still the set and lighting design, though decent, were able to capture the essence of southern living.... Read more Read less

See it if You like plays that deal with intriguing life issues. Also if you like southern themed shows with great acting.

Don't see it if If you don't like plays that deal with serious life issues with sad endings.

See it if a dialogue-driven comedy with an all-female cast--and even a few tears, particularly at the end--is something you'd enjoy.

Don't see it if talky, single-set plays turn you off.

Also It's a big day at Truvy Jones' hair salon: regular customer Shelby Eatenton has come in to get her hair done because she's about to walk down the aisle. Robert Harling's 1987 comedy "Steel Magnolias" features two-plus hours of some of the most delectable Southern-fried dialogue you're ever likely to hear, performed in impeccable sub-Mason-Dixon line accents by a top-notch ensemble cast. Crackling one-liners, powerful monologues--it's all here, and as directed by Avital Asuleen on a magnificently-detailed set by Jerry Mittelhauser, it is definitely worth a visit. (Make an appointment first, though; it's a busy place.)... Read more Read less

See it if you like a small intimate theater productions with an all female cast based on friendship and support during difficult times of their lives.

Don't see it if you're looking for an extravagant set or if you don't like a sad ending.

Also These women were great actresses and most reminded me of the women in the movie. I loved how they turned an extremely sad moment into a moment of laughter in the end. Well done!... Read more Read less

See it if You want to see older actors really strutting their stuff! I was so impressed by the range of the cast,& a few of the actors were FLAWLESS!

Don't see it if You're expecting something ultra-professional. There's only one set, the set changes are very slow/obvious, & some of the acting is weak.

“Steel Magnolias” hasn't been reviewed by any Critics (yet!) 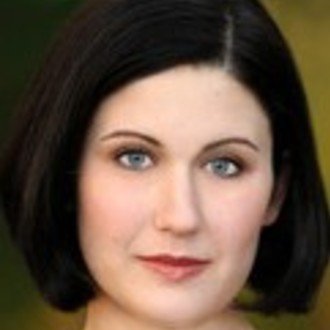 Avital Asuleen
Director
Get Alerts Alerts On Alerts Off 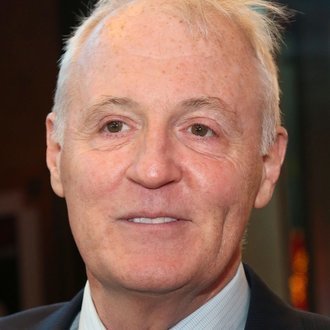 Robert Harling
Playwright
Get Alerts Alerts On Alerts Off