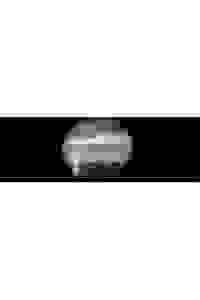 View in admin
Strangers in the World
NYC: West Village
72
Score it Scored!

Strangers in the World NYC Reviews and Tickets

In Axis Theatre Company's new drama, a group of Puritans is put to the test after they arrive on the shores of the "New World" in 1623.

Unable to venture far inland, the Puritans build a poorly constructed village on the rocky shore. After two years, a ship arrives with more colonists and supplies, but the captain goes mad and sets the ship on fire, sinking it. A survivor from the burned vessel tells the settlers that others are coming to save them. Eight years pass, and at last they decide that tomorrow they will head somewhere south on a journey. Then, a visitor from another world arrives. The play depicts what happens when the values and morals of Puritans are set against the grinding agony of starvation, the constant death of their children, and the horror of murder. How can they choose between bonds of home, a godless southern city and the silent sweet promise of nothing?

See it if you like theater that transports you to an alternative world, but one that is not so different from ours that you are totally lost.

Don't see it if you want a play that comes to a resolution that you can understand. Read more

See it if People trying to survive and losing their minds.

Don't see it if No action and confusing. Read more

See it if you enjoy thoroughly confusing shows

See it if If you like shows that deal with historical issues. Also if you like plays with complicated plots and good acting.

Don't see it if You rather see plays that are easy to follow and that deal with current issues.

See it if you like thoughtful period pieces, if you like great design and if you don't need to have everything spelled out.

See it if It was weird

Don't see it if It was boring

See it if you go for radically ambitious projects, good production values and impact.

Don't see it if You can't deal with the relentless circling around despair, delusion and fears.

See it if Your looking to try something differert. Doesn’t hand you answers. It leaves you wondering.

Don't see it if Your lookin for a comedy.

"A play like 'Strangers in the World' simply perpetuates the idea that establishing facts is more important than addressing them from a critical perspective...It would've been more interesting to hear from the so-called 'savages'...By choosing to merely refer to their existence through derogative terms, 'Strangers' continues the invisibilization of Native Americans in history...Unsurprisingly, 'Strangers' leaves us with an open ending...This makes the play frustrating and infuriating."
Read more

"You may leave 'Strangers' with mixed reactions. The proceedings onstage may make you feel as disoriented and tetchy as the villagers themselves. The characters' words as they vainly try to maintain some of their former sanity and decorum seem at times to be pure nonsense. But if you're diligently sleuth-like or lucky enough to read and study Sharp's playscript - you'll piece together some fairly coherent and rich back stories."
Read more

"An interesting concept with real potential, but lacks the narrative elements to hold it together theatrically. Writer/Director Randy Sharp presents a story that lacks any clear purpose other than to create a collection of mostly non-sequiturs uttered by crazy people. And the ensemble (able actors in their own right) seems to have created their characters without regard to what the other actors had done, making the play’s 75 minutes feel double that."
Read more

"Randy Sharp uses the mysterious tale of the Lost Colony of Roanoke as inspiration for her dark, flummoxing new play...As with all Axis productions, 'Strangers in the World' is technically adept, with solid acting, a compelling set, fab costumes, and an appropriately creepy sound design...The narrative is as cold and distant as the hellish land where the Puritans have been apparently sentenced to spend eternity."
Read more

“The imagery and various meanings in this play prompt good post-theater conversation. The structure is far from linear and can be repetitive in depicting madness...There is an abundance of atmospheric moodiness...The theme of repression peppers the entire play. There are moments where I feared the story was dangerously approaching caricature. In the end, the theatrical risk taking pays off. This unusual play can be recommended for adventurous theatergoers.”
Read more

"A moving, stylized theatre piece. Even as phrases and gestures crisscross and repeat, something new is added, sparking our attention and adding to the conflicts on stage...There are some funny yet bizarre moments...The acting is exceptional. Each character is individualized by gesture and tone. Their dilemma is poignant, and the repeating phrases are almost incantatory."
Read more