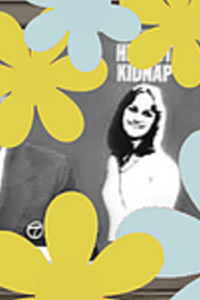 View in admin
Tania in the Getaway Van
NYC: Soho/Tribeca
65
Score it Scored!

Tania in the Getaway Van NYC Reviews and Tickets

This new drama from the theatrical pop-up The Pool tells the era-hoping story of a mother and daughter, and examines how their lives were, and weren't, guided by the women's movement.

It’s 1975 in the San Francisco Bay Area, and Laura’s mom is going back to school. Diane is discovering liberation, openness, possibility! But that doesn’t mean eleven-year-old Laura has to play along, no way. She’s in the hall closet, pretending to be Patty Hearst. Fast forward to 2012. Successful Laura looks like a model product of the women’s movement…or is she just the byproduct of Diane’s expectations? 'Tania in the Getaway Van' will be performed in rotating rep with 'The Rafa Play' and 'Washed Up On the Potomac.'

See it if Taking place in the late 60’s in SF about a family and social action.

Don't see it if If you prefer musicals or a well written play.

"Best among the bunch is 'Tania in the Getaway Van,' Susan Bernfield’s thoughtful and tender look at Laura...Laura’s naive fantasies about Patricia Hearst deftly suggest the perplexities of those changing times, an ambivalence underscored by director Portia Krieger’s pre-show screening of sexist TV commercials from the period...Heading a capable cast, Annie McNamara gradually brightens in face, voice, and attitude to illuminate Diane’s dawning awareness of her potential."
Read more

“Starts strong but falls flat in the 2nd act...Both McNamara and Morris give it one hundred percent and are convincing as snarky, privileged women. But their lengthy dialog wanders in circles and confining them to a restaurant table kills the performance’s energy...Casting Williams as both Stacy and Katelyn is a bit confusing. Tania, the most important off-stage character, is gone from the second act.”
Read more

“The all-woman cast is incredibly talented; most notably Morris, who plays both child and adult Laura with honesty and specificity...Krieger has created a play that carries itself with precision and tenderness...Has a great deal of heart and carries the audience through time seamlessly. Even a house-lights snafu and a freezing auditorium can’t detract from the themes, performances, and beautiful design of the play. It is definitely a play to see before its close in December."
Read more

"At its best moments, 'Tania in the Getaway Van' achieves that highest attainment of art, which is to allow us to go inside an experience we may never have...Bernfield beautifully constructs the mother-daughter relationship, treating both characters with compassion and filling them with humanity...The conversation stalls in the political realm...There are funny moments, but it’s not gripping the way the start of the play is...Director Portia Krieger adds some nice touches."
Read more