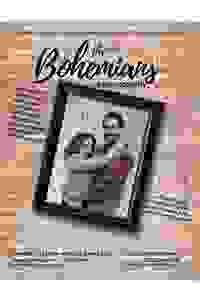 The Bohemians NYC Reviews and Tickets

This new play follows Becka and Scott as they arrive in an apartment that has seen better days, in the elegant-sounding Waldorf Towers. A comedy about love, trust, and letting go.

Becka (a doctor working as a resident at a local hospital) and Scott (a carpenter and musician) are thrilled to have their own place in a neighborhood they love. Their parents help them move in and – after seeing a drug deal or two, collecting crime statistics, and noticing cars tend not to have hubcaps – promptly vow to get them to move out. They go further than most, creating comic consequences that engulf the building – and the neighborhood.

See it if you want light-as-a-feather fare that's outdated (altho it's new). Occasional laughs, but more thuds. Few insights...and it goes on and on.

See it if You like sitcom humor. A little corny. A little predictable but ultimately light fun and well done.

Don't see it if You’re looking for a show with great depth or something serious. Read more

See it if You want to see a comedy that never gains its footing. If you like a neil Simon type show.

Don't see it if If you want to see a real funny show that is not all over the place.

See it if you want to laugh at a good production that represents true-to-life situations of young people and their parents. Characters are realistic.

Don't see it if you are looking for a strong plot. This is a sit back and enjoy the situations presented play that depicts relationships with humor & heart.

Don't see it if You are not interested in a light satire poking fun at parental & spousal relationships. Also lampoons cops, doctors & lawyers.

See it if you like family comedies that leave you shaking your head about those crazy relatives.

Don't see it if you are expecting a play entitled “The Bohemians” to be innovative or quirky: this is standard (albeit sometimes funny) fare. Read more

78
Newlyweds in farcical battle with parents

See it if The new husband and wife are solid characters but their parents are caricatures. The super is sympathetic but his assistant is too goony.

Don't see it if The plot is a bit sketchy and the jokes don't always land, but the audience loved it. Needs more performances to pull off the farce.

See it if you're looking for a play that doesn't ask you to think too much. The 2 lead performers were effective.

Don't see it if you want characters, not caricatures. All the supporting players were hamstrung by the material which gave them very little to work with. Read more

“’The Bohemians’ is a true comedy that gives us the chance to watch other people in a hilarious, sitcom-like situation we would hardly like to find ourselves in...The audience easily falls in love with everything about this show: from its casual air, to the fact that its main goal is to make us laugh at what others put us through...We are entertained and impressed at the same time...Wonderful cast...Awesome direction...Wonderful production.”
Read more