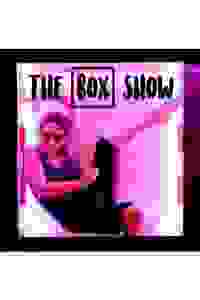 One woman. 25 characters. All inside a cupboard! In Dominique Salerno's solo show, the space is limited, but the comedic possibilities are endless. A hit at the 2016 NYC Fringe Festival.

Each time the cupboard doors fly open, we discover an entirely new reality with a brand-new set of characters. These dynamic scenes include a drunken couple mid-fight in a Las Vegas hotel, the entire Greek Army within the Trojan Horse, a lonely Giantess, a lost Pope, and so many more. With sketch-style characters and musical numbers, 'The Box Show' is a fast-paced and adrenaline-filled roller-coaster ride that plunges its audience into vastly different worlds without ever leaving the physical space of the box. It's a shot glass of theater: potent, highly concentrated, and it gets the job done.

See it if you enjoy innovative comedy sketches. Some are better than others (there's room to trim!), but all are clever, well-acted, and well-staged.

Don't see it if you need perfection. Here, whole is greater than the sum of parts. Salerno's a big talent...she does accents, physical shtick, sings, acts. Read more

See it if You like sketches. It’s very creative but a bit long for a one stream bit. The performer is strong. I was rooting for her. But it dragged

Don't see it if You don’t like one person shows. You prefer plot-driven experiences.

See it if You want to see a brilliantly creative series of sketches by one woman inside a box. She's making a point but mostly it's just fun.

Don't see it if You're looking for more substance and story.

See it if you enjoy stretching the possibilities of imagination in a minimal space. Each character has unique accent, movements, idiosyncrasies, etc

Don't see it if one performer, many character shows do not appeal to you. Although this is the one that could change your mind. Its brilliant.

See it if You like to watch something unusual and generally clever. One actor as many characters with quick changes of costume, setting and persona.

Don't see it if You expect an elaborate stage show and perfection. You dislike one woman shows. You like everything to be politically correct. Read more

See it if You enjoy watching a phenomenal actress change roles in the blink of an eye and all within a confining space. Her imagination is astounding.

Don't see it if You don't like one woman shows. Don't have a sense of humor or imagination, or can't click into a story withing five seconds. Read more

See it if you're young/just starting out, laugh easily, like silliness, are new to theater, want to support a scrappy, hardworking artist

Don't see it if you're a tough audience, don't laugh easily, have a high bar for solo performances Read more

See it if You like a one woman shows of short unrelated vignettes. The actor/writer was very clever!

Don't see it if dozens of short unrelated vignettes don't speak to you. There were so many short scenes, that it became a little numbing.

"With no connective tissue to speak of, the numerous sketches that have Salerno portraying women, men, children, sex organs and various inanimate objects work best when they are either short or silly or wordless. She is a gifted physical comedian...As a playwright, Salerno shows a flare for the zany...However, when the writing tries to go deep or go long, it fumbles...There are also some pacing issues that director Sash Bischoff has yet to solve."
Read more

"‘The Box Show,’ the most purely delicious production I’ve seen at this year’s Fringe Festival, is a relentlessly inventive quick-change series of solo sketches...'The Box Show.' even in Sash Bischoff’s polished production, appeared at first to be just a clever series of comic shorts. As the performance built, the elasticity of Ms. Salerno’s creativity became clear. Reveling in restrictions, her show turned out to be a paragon of Fringe form."
Read more

"In Salerno's intensely creative collective of vignettes, she crams herself into a cupboard-like cube for 90 minutes...and she keeps surprising you with what she can produce in the space…It’s often hilarious, but what makes the show most memorable are its moments of darkness, expressed in fleeting, poignant side thoughts and comments. This interplay between light and dark helps 'The Box Show' achieve what every vignette show wants: It is even greater than the sum of its parts."
Read more

"Half the fun is seeing Salerno twist and wiggle through her tiny performance space; the other half is, of course, the delightful scenarios she and her team have devised. The show runs like a great night of improv: some scenarios will undoubtedly appeal more than others to different folks, but everyone is almost guaranteed to get a good laugh at some point...'The Box Show’s' flow of self-reference adds a satisfying unity to Salerno’s versatile character-switching...A well-polished little gem."
Read more

"Demonstrating brilliantly that structure helps rather than hinders creative freedom, Salerno performs her entire show in a box...In lesser hands, this might be just a great sketch show. But beyond being a highly skilled comic, Salerno is a masterful playwright and theatrical actress! Salerno employs her breathtaking array of skills to take her audience on a roller-coaster ride of emotions as delightful and satisfying as virtually any show currently playing in NYC."
Read more