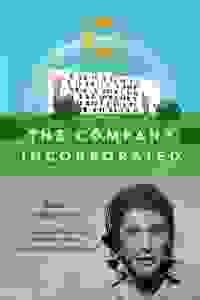 Part of FringeNYC: A colossal San Francisco company with a mission to "make an aspect of an industry better" is right-sizing the workforce, and not everyone is along for the ride. Meet your core-value-living coworkers in this biting satire on modern corporate culture.

FROM THE ARTIST:
Fresh off a critically acclaimed run at San Francisco’s Marsh Theater, Julie Katz is thrilled to bring her comedic solo show The Company Incorporated to the 20th annual New York International Fringe Festival. Written and performed by Julie Katz and directed by Lexi Diamond, The Company Incorporated is the hour-long satire set at The Company, a quintessential Bay Area tech start-up with the mission to “make an aspect of an industry better.” Katz portrays The Company’s diverse cast of core-value-living co-workers, including a hassled social chair, an indifferent IT dude, an angsty legal counsel, an overwhelmed new guy and a persuasive VP of marketing. Tensions mount as The Company grows larger, and not everyone is on board with the new changes … or the new 6th floor location of the artisanal hot chocolate dispenser. The Company Incorporated debuted in April 2016 in San Francisco to rave reviews. Huffington Post states, “Brilliant.” SF Examiner proclaimed the show a “funny, astute look at corporate culture and a welcome addition to today’s theater scene.” Mill Valley Herald called the show "a fast, funny and finely faceted 60-minute comedy.” The Piedmont Post says The Company Incorporated is “very cleverly done. Ironic, poignant.” Talkin’ Broadway noted that “Ms. Katz never misses a beat as she hits target after target in her poking, pointed parody.”

Don't see it if you're looking for a big flashy production

See it if You've ever worked in, applied for, or even read about a modern American workplace.

Don't see it if You're looking for a serious show or one with a big cast.

See it if you want to see a very well acted spot-on satire of modern corporate environments.

Don't see it if You have never worked in an office, or have never met anyone who has

See it if You have ever worked in an office.

Don't see it if You're looking for a drama.

See it if you can appreciate the absurdities and contradictions of corporate life, and want to see a funny, insightful play by a talented performer.

Don't see it if you don't like one woman shows.

See it if If you've ever worked "for the man".

Don't see it if If you're looking for a show with big sets, flashy costumes, and razz-a-ma-tazz, this isn't for you. It's a lean and understated production.

See it if You've ever worked in an office.

Don't see it if You never worked in an office.

See it if You enjoy character based solo performance that highlights the intricacies of real people in a truthful hilarious way. Office people go!

Don't see it if You aren't ready to laugh

"Katz proves herself to be both a gifted writer and performer as she creates a work that is humorous, insightful, and reflective of our current time. Katz is able to embody each of her well-developed characters so fully, both in terms of voice and mannerisms, that it is easy to forget this is a solo show. The struggles of her characters are both touching and laugh-out-loud funny."
Read more

"With voices, faces, stances, and mannerisms matched to individualize each cartoonish character, Ms. Katz never misses a beat in her sixty minutes on stage to solicit many laughs as well as 'yeah, I've seen that before' nods of acknowledgement as she hits target after target in her poking, pointed parody…While some of the telling gets a bit repetitious in nature and a couple of side stories go on a tad long, overall Ms. Katz has written a tight, funny sequence of corporate events."
Read more

"A funny, astute one-person look at corporate culture...Katz wonderfully portrays a handful of characters...She also charmingly captures the workplace jargon…While what befalls 'The Company’s' workers is hardly surprising — nor is the way it happens — Katz wraps up her tale with a particularly interesting new viewpoint and character that could be explored much more, and add more depth to this amusing, if not entirely revelatory, glimpse."
Read more

"A brilliant and smartly underplayed monologue…'Grey Matter’s' strength lies in Ms. Katz’s wry ability to perfectly capture the vague and useless ways in which language is deployed in today’s tech culture and deliver a carefully paced performance...Katz displays a keen mastery of contemporary business language, character development, and an ability to find the simplest human elements peeking out of the drab, dehumanizing environment of a large multinational corporation’s offices."
Read more