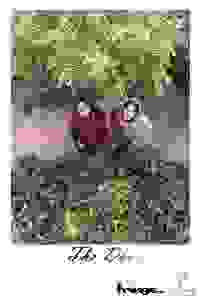 Part of FringeNYC: How do you deal with this? You plan to travel, but your suitcase throws out everything… like there is anyone else... whatever you put in, she takes out. You want to leave, she wants to stay. Do you want to experience a dilemma?

FROM THE ARTIST:
Coming to New York all the way from Tehran. It is the first show from Iran in USA. Appreciated in 9th Donzdorf International Theatre Festival - 2015 Germany.

Elena K Holy :"Unlike any other company in the world, the Saye Theatre showcases Middle Eastern themes that are contemporary in Iran with unparalleled authenticity.” She continues, “The Door focuses on the topic of immigration through the eyes of two Middle Eastern women. Specifically, the Saye Theatre uses traditional Persian theatrical themes and incorporates the influence of Persian movement and identity to create these female characters, who both experience light and dark. The duality of light and darkness has always existed in the fundamental belief of Iranians; light representing the essence of life which is consciousness, and darkness representing non life which is form.”

“The production will be the first Iranian play to take part in FringeNYC, providing a rare opportunity for thousands of Fringe festival audience members to glimpse into Middle Eastern theatre.”

See it if you are interesting to know other cultures

Don't see it if you are looking for a funny show

"'The Door' primarily consists of two characters addressing the audience, and it almost feels like two solo shows with similar themes played back to back. Mireminy and Ebrahimi are more than up to the task here, bringing real passion and urgency to their performances. Periodically there are transitional, dialogue-free sequences, more in the 'performance art' vein...Those interested in boundary-pushing theater will find 'The Door' worth entering."
Read more

"We never learn why Mastaneh is so desperate to emigrate to America…And yet they have completely given over their existence, even their breath to immigration lawyer Mr. Golbahari…The thrust is as enigmatic as any of the plays this reviewer has seen in the Tehran Fajr Theater Festival. Too bad the audience hardly reacted to the inherent humor in Mashour's text...Perhaps Mashour's direction of his made-to-order script replete with NY references needs to be broader to signal it's OK to laugh."
Read more