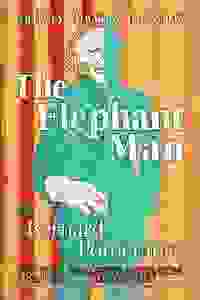 The Gallery Players present the classic drama which tells the true story of John Merrick, a horribly deformed young man who was the star freak attraction in traveling side shows, before he was rescued by a young doctor.

Admitted to London’s prestigious Whitechapel hospital under the care of the celebrated young physician Frederick Treves, Merrick is introduced to London society. He slowly evolves from an object of pity to an urbane and witty favorite of the aristocracy and literati, but time and again society is shown, due to its privilege and decay, to be almost a carnival in itself.

See it if you want to enjoy some of the best acting I've seen off-off Broadway, with kudos to the lead, M. Rowan Meyer for a stellar performance.

Don't see it if you do not have compassion for the lives of people in difficult circumstances.

See it if Tender ode contrasting the frailty of the human body with our capacity to love, if we so choose. Wonderful characters. Great acting.

Don't see it if You aren’t interested in a slow drama where most of the action consists of people’s feelings and how they develop.

See it if Gallagher's direction is the highlight of this well-crafted production Seemlessly evocative on the sparce set w/excellent leads; its a gem

Don't see it if Pomerance's plot looses focus in 2nd act as he reaches for a historical framework for Treves' moral crisis; direction works around pitfalls

Don't see it if Only if forced to pick a weakness. The minimal set but it does seem to work. It is a shame that musicals draw so much more.

See it if you enjoy true stories, strong performances, or a good cry. I was impressed by the quality of acting throughout the production.

Don't see it if you are in the mood for something light and fluffy. This ain’t it.

Don't see it if you like period pieces w/ loads of lace & architecture, or flashy/noisy abstractions that call more attention to form than story Read more

Don't see it if You are unwilling to travel to Brooklyn

“Gallagher has shaped a gloomy atmosphere...The stamina of Meyer’s distressed physicality often emotes more than the conversational pieces; at times the attention to dialogue exposes the potential that is absent from the more contemplative segments...An eloquently written, thoughtful play; in this instance, well put together, if not a little too restrained...Overall, the Gallery Players’ production is commendable for its safeguarding of a heart-rending story.”
Read more

“The Gallery Players strikes the right note with this revival of ‘The Elephant Man’ depicting the real-life story of Joseph Merrick (John Merrick), the Victorian Era curiosity who aspires to live a normal life. The lead role is a challenging one requiring M. Rowan Meyer to contort his body, throw his voice, and delve into the feelings of a character whose deformities leave him devoid of any meaningful human contact. Meyer is extraordinary and shines alongside an impressive cast.”
Read more