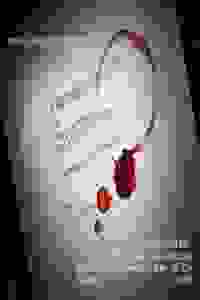 The collaboration between a once prominent writer and a young, admiring actor deteriorates into a bitter power struggle.

In the daunting intimacy of a black box theater, Benji has the opportunity to work with his idol, the once prominent, now forgotten Erasmus Bernstein, on his new play. The magic quickly wears off, however as Benji suffers emotional abuse at the hands of the has-been playwright, and jumps ship with the offer to star in a big-budget feature. Years later, in the same black box, Benjamin, now a renowned movie star, meets two actors who are about to stage a reading of his first play, a re-telling of his experience with Erasmus. Though Bernstein has been lost to the ages, mystical forces make sure Benji's side of the story isn't the only one that's heard.

"The only vacancy I felt in the play’s speedy 70 minutes is more insight into the gentler times Benji and Erasmus must have shared. Surely the two shared a few laughs, a moment or two of actual bonding. Constant antagonism can’t be enough to link these two characters. The banter is too one dimensional to come from three dimensional characters. Just don’t let this glimpse of exposition come at the expense of the very funny actor, director or playwright jabs."
Read more

"Deftly and humorously written by J.B. Heaps, 'The Immortal Coil' shines a light on the theatre and the egos that inhabit, while also questioning the nature of art and life (and, I suppose, afterlife). Heaps' dialog is crisp, with an insider's view of some of the follies of theatrical endeavors...Heaps' play is a humorous rumination on life and theatre, with interesting characters, and well worth checking out."
Read more