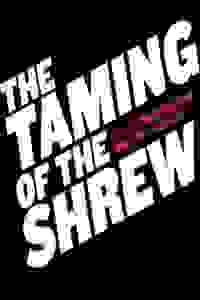 View in admin
The Taming of the Shrew (Delacorte)
NYC: Upper W Side
78
Score it Scored!

The Taming of the Shrew (Delacorte) NYC Reviews and Tickets

As part of its free Shakespeare in the Park lineup, The Public Theater presents the Bard's zany comedy of the sexes with an all-female cast. Starring Tony winner Janet McTeer and directed by Phyllida Lloyd.

Lovely Bianca is the prize to be won by all the men looking to land themselves a wealthy wife. But the competitors will first have to marry off Bianca’s clever, fiery older sister, Katherina, who may just outsmart them all. Tony and Olivier winner Janet McTeer plays Petruchio, the wild outsider Katherina must outwit, in Shakespeare’s original screwball comedy showing the lengths men will go to for their legacy, what women will do to break free, and the outrageous things we all do for the human heart.

See it if you're interested in an original, unexpected staging of a stale Shakespearean work.

Don't see it if you're a feminist. Despite the all-female cast & director and the attempt to "take back" the story, the misogynistic themes are off-putting

See it if U want to see a female powered amazing, refreshingly creative remake of an often performed play. For Cash Jumbo and Janet McAteer and cast.

Don't see it if You like your Shakepeare to follow his meticulous stage directions. You dislike females in male roles. You love tradition. Can't get tickets

See it if You like Shakespeare and want to see a phenomenal all women cast try to tackle a very misogynistic play and ALMOST succeed.

Don't see it if Even with great acting, the misogyny of this play is grating & exhausting and hard to get around. Very non-traditional approach to this play

See it if you want to see an interesting adaptation of Shakespeare with an all-female cast, some strong acting, & clear intention (love it or hate it)

See it if you're looking for a Shakespeare play with a modern, engaging twist. This all-female cast is stellar.

Don't see it if you don't like Shakespeare's plays.

See it if you have a crush on Cush Jumbo or want to see Judy Gold give dated Vegas-style "women be..." jokes.

Don't see it if you like a director to just tell the story.

See it if you want to see free theatre.

Don't see it if sexism and racism are real issues for you, because this production somehow makes this play feel more of both.

“Ms. Lloyd’s streamlined ‘Shrew’ manages to tell Shakespeare’s original tale with briskness and clarity. And without disrupting its governing tone of a carnival-cum-political-rally, it sheds a bright light on patterns of language and behavior in the play...Ms. McTeer here gives us a Petruchio who is both a brazen caricature and an unnerving psychological study...Ms. Jumbo finds the natural woman in Katherina.”
Read more

"One interesting effect of casting all women (and what women—the cast is packed with talented pros and newbies) is the partial suspension of unease over seeing females objectified, monetized and trained like animals. It lets the comedy do its work, and a lusty, charismatic actor like McTeer can swagger about like the rock star she is...The overall effect is a 'Shrew' that is subversive, sexy and, most of all, funny. Genuinely funny."
Read more

"The frame that Phyllida Lloyd has devised for' Shrew' is neither satisfying as a workaround nor coherent in itself. It’s just kitsch, randomly applied and then run into the ground…Lloyd does nothing with the gender reversal except milk it for hike-up-your-trousers laughs. When the pageant frame returns very briefly and chaotically at the end, you feel cheated because it hasn’t achieved a thing…Only the great Janet McTeer gets around the conceit to some actual interpretive acting."
Read more

"Only intermittent sparks in this knockabout feminist burlesque...McTeer and Jumbo's casting is this production's chief reward...Some audiences no doubt will get a kick out of the staging, given the innately subversive fun of watching women make a mockery of a society of men...It’s impossible to overlook the fact that this unrelentingly blunt comedy just isn't very funny...The performers appear to be having way more fun than the audience.”
Read more

“Is this production gorgeously giddy—or just goofy?...Jumbo has plenty of spirit as Kate, and some of the comic fools are funny, but McTeer steals the show with her deliciously camp treatment of Petruchio...A hint of roughness about Petruchio’s 'taming' of his bride lends a soupcon of sado-masochism to McTeer’s bad boy impersonation. But it’s a theme that fails to work its way into the production style, which is all over the map."
Read more

"It’s not very funny. Boisterous and good-humored, yes, but 'The Taming of the Shrew' is a comedy or nothing, and I’ve never seen a staging that made me laugh less...Similarly bothersome is the conceptual vagueness of the production...The result is a slapdash extravaganza, one that is so heavily cut that the coherence of the play is diminished still further….Ms. McTeer is, needless to say, an actor of the first rank, but there is no comic relish to her performance."
Read more

"Lloyd has transformed Shakespeare’s misogynist comedy into a tract with a laugh track…Played with glorious greasy swagger by Janet McTeer, Petruchio is a balls-grabbing, cock o’ the walk…Lloyd is utterly unfazed by Shakespeare, cutting the text, interpolating torn-from-the-headlines asides and adding a coda that restates the obvious. Yes, much of it is rollickingly funny; none of it is remotely romantic. Which is the point, I suppose...I loved it. And I hated it."
Read more

"In short, this 'Shrew' is a hot mess, but a goofily entertaining one…Cush Jumbo amps it up to the max...In contrast, Donna Lynne Champlin and LaTanya Richardson Jackson both play it straight as men, which actually adds to the comedy...Things start to drag halfway through, but then, that’s the Bard’s fault. No one seems to know how to handle the final scene...We rush through to the choreographed curtain call, set to Joan Jett’s 'Bad Reputation.' When in doubt, rock out."
Read more