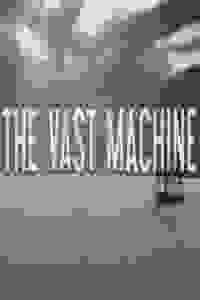 Axis Company presents the story of the surviving crew members of a beleaguered slave ship in 1823 facing certain disaster, as well as their consciences, as an Interceptor ship gives chase.

The story follows the lives of one crew who -- despite the ocean-going ban of slave trading in 1808 -- set sail towards Africa to capture human beings to bring back to the New World. However, after a failed insurrection of slaves, the crewman of the Perisher find themselves rapidly being wiped out by illness, accident and alcohol. When another ship appears on the distant horizon, will the crew find themselves saved by another slave ship or find themselves arrested by intercepting police fleets?

See it if you like male casts, no character development, lots of props, TONS of shouting, and good sound effects. Repeat: tons of shouting.

Don't see it if you want to be engaged and entertained. I kept checking the time every five minutes, there was no development at all.

See it if slave traders complaining about how slavery is hard for them sounds compelling. You enjoy stories where you're trapped with unlikable people

Don't see it if you value story/compelling characters. You would be offended by a story about slavery with one black character & unseen slaves. BAD acting

See it if The acting was terrible, the story pretty much indecipherable, and there was NO INTERMISSION, so no escape.

55
Meh, Leaves you wanting, Not memorable

See it if you wouldn't mind watching a show with a cast that tries hard but doesn't make it.

Don't see it if you don't enjoy watching all types of theatre.

See it if intellectually stimulating and profoundly disturbing. I'm still processing this play. Each character is a mystery I still can't figure out.

Don't see it if There's no reason not to see this. It's why small off-Broadway theaters are so important. Nothing this deep could exist on B'way.

"Ms. Sharp has written salty, period-appropriate dialogue, which finds a visual analogue in Karl Ruckdeschel’s costumes: all waistcoats, breeches and boots. (Her direction, however, often insists on prolonged shouting, and Mr. Carter’s persistent finger-pointing can be tiresome). Yet the divide between commerce and compassion is made abundantly clear, as is the deserved torment of these sailors, flailing in an inferno of moral retribution."
Read more

"'The Vast Machine' could have been presented as a heart-thumping, emotionally-charged drama, but the playwright, who also directs, has opted to focus on the moral and ethical issues rather than developing fleshed-out characters, so that each of them represents a particular stance. This approach keeps us thinking about the truly terrible decision that must be made, and, it ought to make us question how we might act in a similar situation and the price we would have to pay regardless of what we decide."
Read more

"'The Vast Machine' provides a fascinating look into an industry that changed the course and the nature of America and, indeed, the entire Western world. Each of its characters is distinct, wrestling with his own demons...The irony of the fact that we are, once again, examining race slavery from the point of view of (mostly) white characters is hard to ignore. However, that very irony is what makes the play such an uncomfortable and therefore effective experience."
Read more