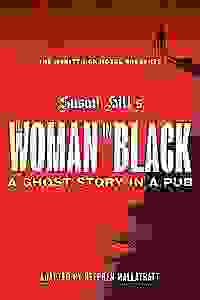 The Woman in Black (McKittrick Hotel)

The McKittrick Hotel presents the UK mystery hit "The Woman in Black" for a strictly limited engagement, as never before seen in New York. More…

See it if you are up for a scary performance brilliantly acted by 2 actors and.... Happy they brought it to NYC

Don't see it if you prefer comedy to drama or have your own idea of what is scary or not.

See it if You like a well acted mystery.

Don't see it if You want complexity. The story is simple and predictable

See it if you found the novella scary & wanted to see the long-running London production--without flying to the U.K.; you enjoy vengeful ghost stories

Don't see it if you'd hate sitting on wooden chairs for 2+ hrs; you love ghost stories to stay in a goosebumpy groove; you're not a fan of "cozy mysteries"

Also The play fails to build tension via foreshadowing. While the acting is robust, many clever touches that made the NOVELLA a page-turner were omitted.
Puzzling choices were made at the beginning, thus the first 30 mins are boring, repetitious -- all of which will chafe a listener more due to the uncomfortable wooden chairs.

Narrating a ghost story vs dramatizing it fails on many levels. And while I'm not going to give away SPOILERS, if the audience got a clue that the ghost's manifestation carried a fatal curse, this would have ramped up the play.
Unfortunately, the curse is only revealed in the last few minutes.
In contrast, Hill's novella highlights the curse in Chapter 1, fueling suspense. Characters "warn" Arthur Kipps & he notices there are almost no children in the village of Crythin Gifford, etc.
Alas, all of that was scrubbed from the script.

$75 buys the worst seats (i.e., a barstool in the rear). But even with a top-tier ticket, there's NO seat assignment in advance.

See it if U enjoy an old fashioned ghost story with exceptionally good actors in a smaller venue. It was a fun evening at the theater.

Don't see it if U prefer a fast paced show, musicals or larger productions.

See it if you are so enthralled with anything English

Also The premise of actors taking on many roles while telling a story was much better achieved in the production of "39 Steps." Here there is no mystery nor anything scary as the story is so trite. See the movie, "The Others," for a scarier, more original experience.... Read more Read less

See it if You like simple yet effective ghost story. Spooky as all heck. One actor plays many characters superbly.

Johnny Pomatto
New York City
35-49 | Male
88 reviews
Get Alerts Alerts On Alerts Off
73
Intimacy is mostly an asset for this creepy chamber play that holds up reasonably well
March 4th, 2020

See it if you want to see a spooky play with a unique storytelling device.

Don't see it if you're easily startled or if you're looking for a production that's a bit more fully realized.

Also In 1997 I ran sound for a production of this in California and I hadn't seen it since until this week. It was a lot of fun to revisit it. I still remembered a few of my sound cues. My finger got itchy during one specific moment when I knew a startling moment was about to happen. The play itself is slightly clunkier than I remember. The device of the story being told by an actor is interesting but also undercuts a few of the play's twists. The set is refreshingly intimate & simple. Both performers, (veterans of the long running West End production) are both quite good. I wish more had been done to make this feel immersive. The actors wade out into the crowd once or twice, but not much comes of it. Even worse, the "pub" atmosphere feels a bit too casual, which led to some bad audience behavior. Two women behind me were chatting throughout the whole play because perhaps it didn't feel like they were at the theater. Still a fun show. My wife was new to the play and enjoyed it a lot.... Read more Read less

See it if You want to see a well acted ghost story in an intimate setting.

See it if You want to see a haunting tale told in an atmospheric location, brilliant acting, and you like scary stories.

Don't see it if you need action, visuals or a good ending

See it if You like a good ghost story and a very intimate space. Take advantage if you can’t see it in London!

Don't see it if You don’t like to be scared!

Also I’ve seen it 4 times in London and this production is exactly the same just in a more intimate space. It’s a very different experience, but still just as good!... Read more Read less

See it if You like amateur production and a slow uninteresting plot.

Don't see it if You like an interesting plot. Don’t see it.

See it if You want an immersive experience! Love ghost stories

Don't see it if Just do it

See it if The McKittrick setting is a lovely location for this show - a little spooky on its own. The small area makes you really part of the action.

Don't see it if It's an old-fashioned mystery, and it feels like it. If you want modern and trendy, this isn't for you.

See it if you're curious about horror in play format, are a fan of the movie, enjoy a small intimate atmosphere.

Don't see it if seating comfort is a priority, you're expecting good scare moments, or have trouble following slower plays.

See it if to see talented actors bring this ghost story to life.

Don't see it if you don't like ghost stories.

See it if you're looking for a high-quality production that won't challenge you after several cocktails.

Don't see it if you're after substance or you're hoping to be scared for real. There's no subtlety here, but plenty of loud bangs for jump-scares.

See it if If your intrested in spooky theater with a few twists and turns. Not overly scary or dramatic.

Don't see it if If you want a deep plot to a show, bigger theater or production.

Wish I Could See Them All
Syosset
50-64 | Male
671 reviews
Get Alerts Alerts On Alerts Off
During previews
72
Lightweight, Funny, Absorbing, Entertaining, Ambient
January 13th, 2020

See it if Light entertainment with a spooky atmosphere, good acting & acoustics, evocative language, and a couple of plot twists. Drinks encouraged.

Don't see it if Fun, but not scary or thrilling. Small, tightly packed, uncomfortable seats. Content feels more like a short story than a full length play

See it if you like a well told ghost story by talented actors.

Don't see it if don't care for well crafted plays in rooms full of atmosphere and uncomfortable chairs.

Don't see it if you are easily bored

Also The "McKittrick Hotel," a sort of spooky T.G.I.Friday's of an entertainment venue, is the star of this show, full of bizarre, faux-historical details. The "theatre" is a delightfully seedy little room with terrific bartenders. The seats, rickety little wooden chairs, are far too uncomfortable for a 2 hour+ show. The actors are satisfactory, if a bit hammy, trying their utmost to breathe scary life into a rather drab and unscary narrative. There are moments that startle, but they are all quite cheaply created by loud noises or sudden movement following a long still patch.... Read more Read less

See it if You like old school horror shows which are mostly jump scares.

Don't see it if You prefer suspension and mysterious shows. You want to see a big production. Or you wish to be actually spooked.

Also This show is low-budget, very dated and not even very scary. Highly dependent upon sound effects and sudden movements. The plot was cliched. The actors were very invested, but honestly I would rather listen to an audio book.... Read more Read less

See it if you want to see two stage actors (Acton and Porter) in top form, performing a Gothic ghost story play-within-a-play.

Don't see it if ... not as spine-tingling as I’d hoped, however what it may lack in suspense is more than made up for by the two performances.

Also (POSSIBLE SPOILER?) the title role leaves much to be desired.

See it if you’re interested in a spooky atmospheric yet simple show done well. i didn’t feel it was slow at all, the two actors are very engaging.

Don't see it if you need music and nonstop action. also, the seats are incredibly uncomfortable.

See it if you like ghost stories, and want to see a great one performed in a minimalist, purely theatrical manner.

Don't see it if you scare easily.

Also This production has been running in London's West End for years and years, with good reason. New Yorkers have a great opportunity to see this in a perfect setting. Don't miss out.... Read more Read less 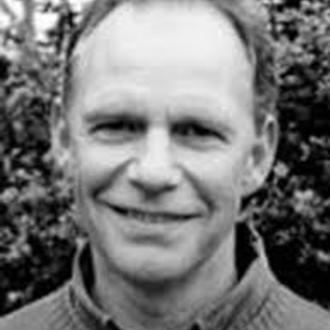 Stephen Mallatratt
Playwright
Get Alerts Alerts On Alerts Off

The McKittrick Hotel
Producer
Get Alerts Alerts On Alerts Off 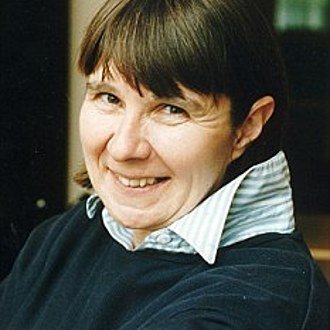