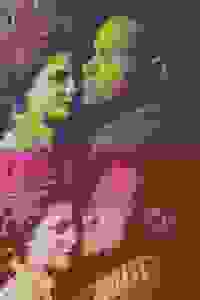 August Strindberg Repertory Theatre presents a farce about an interracial marriage in the 1960s seen through the lens of 1890s class warfare.

Strindberg's exotic lifestyle in 1890s Paris and Berlin finds its home in California's '60s. Directed by Robert Greer, this production follows a famous revolutionary black writer's attempt to bring down the world economy, the capitalist banking system, corporate culture and the military-industrial complex, at the cost of his marriage to a white professor's daughter.

"Director Robert Greer’s mission to substitute class struggles for American racial conflict is admirable but the production fumbles in similar ways to the first part, requiring too much suspension of disbelief to successfully translate Strindberg’s work...There is an attempt in the production to balance it out with a fever dream quality, but the clunky scene changes and kooky projections do more to tear the audience away from the show rather than immerse them in Greer’s vision."
Read more

"Strindberg’s text can be insufferably convoluted, carelessly implausible, and often overbearing in its lessons about personal redemption. Greer tries to keep the audience awake with quick, efficient pacing, and sharp moments of humor...But the play inherently lacks drama—the dramatic conflict that arrests our attention and makes us invest ourselves in the outcome is spread too thin during two hours."
Read more