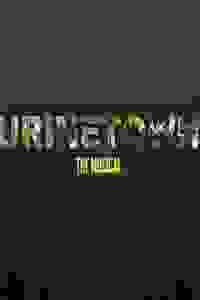 In an attempt to regulate water consumption, Urinetown has outlawed the use of private toilets. The citizenry must use public, pay-per-use amenities owned and operated by Urine Good Company, a malevolent corporation run by the corrupt Caldwell B. Cladwell. Underneath the comedy of the show, serious social and political themes, such as liberation, revolution, and sustainability, are explored.

See it if a very paradoxical musical. Saw it at Henry Miller theater and thought it was catchy. good songs , good directing and funny at times.

Don't see it if Musical about capitalism, the people who live within that society, how irresponsible people can be, the politics that goes with it.

See it if You want a truly original show and great score.

Don't see it if You do not have an imagination. You do not accept the dangers of overusing the world's resources.

See it if Didn't hate it. Didn't Love it.

Don't see it if Odd stories are not your cup of tea.

See it if Well, I HAD to see this before they tore down the theater so I kind of tricked dear old Mom into taking me. I loved it, but she didn't. Oops

Don't see it if U should probably skip this if U find jokes about urinating, urinals, etc. to be unpleasant or gross. Also if U are very literal-minded.

See it if you enjoy satire and social commentary.

Don't see it if you can't get past the title.

See it if You can get past the title, it's worth it. Sharp political satire, funny songs and a good time, with nice dance moves by the company.

Don't see it if You can't get past the title,. Otherwise, you're in for an inventive, original night of theater.

See it if Fun show with unique concept

Don't see it if Looking for deep thought provoking entertainment