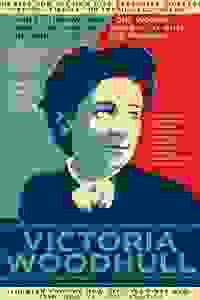 Theater for the New City presents the New York debut of this historical drama about the first woman who ran for U.S. president almost 50 years before women had the right to vote!

Con artist, spiritualist, and eventual visionary presidential candidate, Victoria Woodhull made her mark on our nation and on New York, where she lived much of her life. In 1872, Woodhull became the first woman to run for president on what was known as the Equal Rights Party ticket with abolitionist Frederick Douglass as her running mate. The show looks at how her opponents persecuted and, finally, prosecuted her in an effort to silence one of the most daring political campaigns in American history.

Don't see it if You dislike historical documentation as this play consists of many scenes that chronicle Victoria Woodhull's life. This is not light drama. Read more

"The cast were performing their hearts out…Donna Mejia directed this traditional, historic tale with precision and pace, bringing this necessary story to life with vigor. Overall, I felt that the production needed a new frame. It feels a little old-fashioned in its current form...I think it is worthy subject matter and perhaps this talented group of people could take another look at how to best present this vital biography with a little more originality."
Read more

“Woodhull is considered by some to be the first female candidate for President. She and her sister Tennie, with the support of Cornelius Vandebilt became stock brokers and found a newspaper that advocates for sex education, free love, women's suffrage, spiritualism, and licensed prostitution. Claude Solnik has woven this story into an engaging and well-paced drama. He takes established facts from Woodhull's like and spins them into a believable narrative that is complex and fascinating.”
Read more