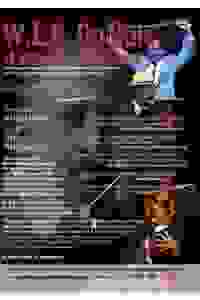 W.E.B. DU BOIS: A Man For All Times (FringeNYC) NYC Reviews and Tickets

FROM THE ARTIST:
William Edward Berghardt Du Bois, a black American born 3 years after Lincoln's Emancipation Proclamation, just after the Civil War, broke all boundaries: he was the first black student to graduate from Harvard, the first black Sociologist, he studied in Europe, ran for senator, co-founded the NAACP, participated in the founding of the United Nations, fought tirelessly for Civil Rights for all people, and anti-lynching laws. He lived to see segregation declared unconstitutional. He died in Africa -- on the eve of Dr. Martin Luther King's March on Washington. Dr. King held a moment of silence for him.

Dr. Du Bois believed in women's rights, and the right for all people to have work, free education and medical coverage. Indeed if it were not for McCarthy having accused Du Bois of being a Communist, in the McCarthy witch hunts, ( he was acquitted!) the name of Dr. Du Bois would be as famous in America as that of Dr. Martin Luther King, Jr., who said of his mentor "History cannot ignore W.E.B. DU BOIS".

Du Bois life was an epic saga of love and loss which gives a moving dimension to the story of this outsized, impressive public man. An emotion packed theatre experience.

After its critically acclaimed tour at the Edinburgh Festival Fringe, 20 performances at the V & A Museum, London, and a tour of Holland in 2013 were there was a command performance for Queen Beatrix, the show has been a part of many local events and celebrations: 50th Anniversary of Du Bois' death (August 27th, 2012), the 50th Anniversary of The March on Washington, (August 28th, 2013), and the 150th Anniversary of Lincoln's Emancipation Proclamation Act (January 1, 2013).

The critically acclaimed actor, BRIAN RICHARDSON plays Dr. Du Bois and the many other characters in the show.

See it if Very informative

Don't see it if exposition bothers you. There's a lot of "then I went here" and "after that, I..." Read more

See it if You are interested in history, politics, social philosophy

Don't see it if You aren't entertained by though-provoking drama

Don't see it if Everyone should see this.

See it if You love brilliant theatre, written and acted to excellent standards. Learning about historical figures via theatre.

See it if You like one man shows about historical figures. He does do multiple characters.

Don't see it if You hate solo shows.

See it if You are drawn to historical drama, appreciate powerful solo performances, have an interest in the lives of major black Americans.

Don't see it if You suffer from A.D.D., as you may be overwhelmed by some of Du Bois' public addresses.

See it if You'd enjoy a bravura performance that also provides an incisive look at the U.S. Black experience

Don't see it if You don't like checking out well-performed, well-staged one-man shows with a point.

"A lesson in American history as much as it is a study in character development...Heavily researched...This bounty of information will not deter the engaged audience member...One could be forgiven for having some trouble immersing completely in the experience. Powerful, humbling anecdotes can shift abruptly into new scenes that take place many years later...What is remarkable about 'A Man for All Times' is that Kelly’s play handily describes a man for our times as well."
Read more

"When it comes to emotional intensity in a play ‘W.E.B. Du Bois: A Man for All Times’ is second to none…Much of the power of the piece is the relationship that Richardson, as Du Bois, establishes with the audience…As directed by Alexa Kelly, this piece clocks in at 75 minutes, with no dead spots in any scene. This is an ideal opportunity to learn about this civil rights activist and the lasting contributions he made to the twentieth century."
Read more

"It’s one of the accomplishment of this solo show that it makes accessible both the man himself and some of his ideas. The creative team works to make the pioneering scholar and uncompromising activist come off as somebody you might want to have a drink with—without sanding smooth the edges of his anger or his intellect…It’s hard to pack 95 years into 75 minutes...But 'W.E.B. Du Bois' manages to get at the highlights, and Richardson’s protean performance helps us get at the man."
Read more

"Richardson’s electrifying portrayal of William Edward Berghardt DuBois is a privilege to experience. Richardson is able to tell DuBois’ story with conviction and style. He understands who DuBois was, how he spoke, how he moved, how he used every rhetorical device to persuade his listeners of the importance of social justice…Alexa Kelly’s well-written script is compelling. But it is Brian Richardson’s understanding of rhetoric that moves the script to dazzling success."
Read more

"This one-man restaging of the life of American author and activist W.E.B. DuBois, a less well-known international figurehead of the civil rights movement, is most enjoyable for the dignified and commanding title performance from Brian Richardson, lending DuBois the expected air of intellectual gravitas and quietly commanding statesmanship...All this, Richardson brings to life in a way that’s never any less than compelling, even as he offers many of us a welcome education."
Read more

"Richardson plays DuBois with commitment and intensity...This is a respectful performance, lovingly portrayed...What does constrain the show, however, is the timing. This is clearly an edited version of a much lengthier piece...There is no time to let the enormity of these events sink in...This is a wonderful tale that deserves to be told to a wider audience...As a snapshot of a great man told by a performer at the top of his game, this is certainly an hour well spent."
Read more