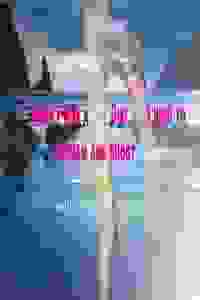 View in admin
When I Was a Girl I Used to Scream and Shout
NYC: Midtown W
67
Score it Scored!

Fallen Angel Theatre Company presents a comedic memory play that explores the parallel growing pains of a mother and a daughter.

Set in 1983, Sharman Macdonald's 'When I Was a Girl' examines the complicated relationship between childless, unmarried Fiona and her crisp, divorced mother Morag. As the two share a Scottish beach holiday, secrets and memories are unearthed. Directed by John Keating.

See it if You are not put off by a lot of sexual language and are willing to wait until the second act to feel a sense of where the play is going.

Don't see it if You don't like explicit sexual references and can't deal with listening to intense Scottish dialogue.

Don't see it if A distractingly boring & 1 note performance by a lead would ruin it for you (it did, me); but for her, would have been terrific Scottish fun

See it if You can appreciate interesting staging and have interest in intense mother-daughter conflict.

Don't see it if Dated one-note mother - daughter relationship"screaming and shouting" isn't appealing to you.

Don't see it if You prefer epic staging & bells & whistles

See it if A lonely mother, yearning to become a grandmother, her daughter and a long lost friend get together for a beach holiday.

Don't see it if You want a thinking piece. The actors played their roles at various ages which was the only thing that held the story together.

See it if The first act take-away is awkward sex-ed type commentary. Second act is more a cautionary tale format with mom/daughter drama throughout.

Don't see it if It's kind of all over the place and so many plot elements were never fully developed or explained.. Just take a pass on this one

"While you’ll feel cleansed by the healing conclusion, getting there requires immersion in a churning sea of teenage sexuality, parental expectations and maternal sacrifice…Reversals and reconciliations punctuate Ms. Macdonald’s nonlinear mélange of flinty wit and Scottish idioms, directed with dexterity by John Keating...Fallen Angels devotes itself to Irish and British plays written by and about women, and this production is a worthy exemplar of its mission."
Read more

"Acclaimed when first presented in 1984...the play is less impressive now, because the subject matter has lost its novelty value--but there are other problems as well. For one thing, sexuality is the only thing anyone talks, to the point of near monotony...John Keating's direction could have picked up the pace a little bit, but he gets fine work from Moloney...For all their screaming and shouting, Fiona and Morag aren't terribly interesting people and it takes too long to play out their drama."
Read more

"In 1984, it probably played forcefully as a necessary feminist history play...But that sort of innovation dates quickly...Under John Keating's adequate direction, the performers all do the best they can, and they're able to keep ‘When I Was a Girl’ sufficiently engaging on the surface...If you're still able to appreciate Macdonald's play as a tribute to what was, you remain distracted by its unwillingness to dive down to explore the depths.”
Read more

"While the play is now very much a period piece, expressing views little held by women, it very successfully delineates a caustic mother-daughter relationship and is extremely detailed about the problems between them...The play is a time capsule of attitudes and mores from two generations ago...Director John Keating has obtained sharp portrayals from his quartet of actors, though some of the choices seem problematic."
Read more

"Playwright Sharman Macdonald handles delicate coming-of-age issues and prepubescent misconceptions about sex with humor and tact while also baring the hurt, shame, guilt, and self-doubt and loathing that manifests from a sexually repressed upbringing, and under the direction of John Keating, the cast expresses a bold and loyal commitment to these themes...Any audience member--even those without the memories of a teenage girl--will be able to empathize."
Read more

"The frequent jumping around in time is a structural convention that drains the play of dramatic thrust. Also off-putting is the characters’ habit of making set speeches (occasionally pretty funny, I admit) rather than engaging in conversation...The most intrusive examples arrive toward the end when the 15-year-old Fiona repeatedly addresses God. Thanks to Macdonald’s lusty writing, some of this is worth hearing but it fails to move the drama needle very far."
Read more

"A wonderfully written play about mother-daughter relationships, with some wonderful performances…The problem is that Ms. Kreinik neither gains our sympathy or our caring. We never really know what guides her except by the words of the playwright, which seem to clash with her performance...I do recommend seeing this because there is more good than not and the play is well written though I would have preferred a better ending."
Read more

"Despite solid acting under John Keating’s careful direction, the play is a bit of a plod, especially through Act I. One longs for some of the pent-up rage to erupt and allow the characters to move forward. Instead, they seem to be caught within a cycle of disappointment and censure as relentless as the waves washing over the shore."
Read more

"Macdonald is somewhat verbose. The piece could successfully be cut. Kreinik’s Fiona is the weak link. The actress does only a yeoman-like job. Watkins’s Vari exudes life force. Watkins has terrific stage presence, inhabiting her wry, resigned character with credibility and warmth. The piece revolves around Moloney’s strong, nuanced performance. Here we see thinking and feeling evolve before us."
Read more

"Equal parts disturbing, awkward and loving...Those of a weaker constitution may find the societal commentary ladled on a little thick, but for the most part it treads the fine line between thoughtful voice of dissent and obnoxious social warrior nicely. I wouldn’t say that this is a play that will give you an all new insight in to the female condition, its gender politics are little too dated for that, but by equal rite it is a play that still has great relevance in spite of its age."
Read more

"'When I Was a Girl I Used to Scream and Shout' captures the tensions that often exist between parents and children. In this case, the play centers on a mother’s attempt to reconcile with her daughter. Morag is played primly with repressed exuberance by Aedin Moloney...Fiona, played by Barrie Kreinik, has the needed detachment that comes from a childhood of disappointment...The whole is enhanced by the lilting music of Paddy Moloney of the Chieftains."
Read more

"Sharman Macdonald’s script is a beautiful, female-driven human drama, complicated, deep, and maternal. This production doesn't do justice to the potential power of the story and its characters...Awkward directorial choices are a shame in the production of a script that creates and provides the room for exploring a new idea from a rarely seen point of view...If only it were better translated from the page to the stage."
Read more

"A play that is at once beguiling, funny and bitingly acerbic...Author MacDonald is at the top of her game writing women's truth...This is a well-polished looking glass held up to complicated women's lives and it is done with panache, laughter and terrible sadness. The work deserves to be seen and applauded for its honesty and verve and for letting us remember how marvelous and fearful are the many roles women inhabit."
Read more

“Thoughtful and astute performances by the entire cast honor the sincere, funny and occasionally heart-wrenching text to great effect...Macdonald’s writing is as heartbreaking as it is hilarious; her ability to keep the story well-paced and consistently bring laughs is undeniably impressive...A few moments towards the end fall a bit flat...It all still works, but I found myself wanting to see more interactions between these three women, which is a testament to the writing, acting and directing.”
Read more