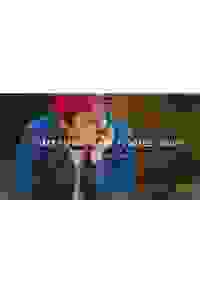 Where Has Tommy Flowers Gone NYC Reviews and Tickets

In the course of his adventures, Tommy befriends a destitute old actor, acquires an oversized sheep dog (his best friend), and finds love with a beautiful music student (whom he meets in the ladies' room at Bloomingdale's). But as Tommy moves from scene to scene, his bright red shopping bag at the ready for pilfering and his agile wit poised to hoodwink everyone in sight, we also glimpse the root causes of his alienation—his ailing, complaining mother back home, an unhappily married brother, a former girlfriend who has settled for a suffocating domesticity, and a venturing forth that has brought more rejection than acceptance. In the end, betrayed yet again, but still buoyantly defiant, Tommy devises his final rip-off—a bomb to blow him, and at least some small portion of a world he cannot accept, into oblivion.

See it if You like Terrence McNally’s writing. This is a decent production. It’s especially interesting seeing it through today’s political lens.

Don't see it if You’re looking for a show with a lot of action or even plot. This just sort of meanders along without ever making a clear point.

See it if se also

79
Great showcase for david gow, Incredibly evocative of the era, Sets off memory bombs in this viewer, Some scenes remain questionably unexcised, Terrance mcnally in process

Don't see it if period pieces, sociopathic behavior, being up close & personal, Terrence McNally, don't appeal to you

Don't see it if you expect vintage McNally. Some good writing in early scenes but goes on too long and is quite dated. Disappointing.

See it if The cast is quite good despite this play from yesteryear that overstays its welcome. A charming lost boy searching for a new life...I guess

Don't see it if Where Has Tommy Flowers Gone? After 2 1/2 hours, who cares! This should be a one-act play where the talented David Gow plays all the parts.

See it if your ears are open to yesterday's youthful rebellion echoing crazily into the present (with a killer James Dean impression).

Don't see it if you get scared when the actors talk to the audience (and some audience members unexpectedly talk back).

See it if U want to catch classic McNally done v nicely. The lead carried show w/so much charm & energy, u can't help but cheer him on-no matter what!

Don't see it if Play is dated (times & thinking seem far ago), & the lead's life principles may irk some. However, this is a well done small scale revival ~

"This is a painfully dated, aimlessly episodic and interminable affair best left to dramatic literature scholars and McNally completists to read...Mr. Gow perhaps saw this showy role as a vehicle for him to shine in and he does up to a point. Gow is an appealing, very talented young man who gives an admirable performance in such problematic material...Ms. Braza has done her best to make something so unwieldy stageworthy."
Read more

“The play is both dated and flawed. The production is enigmatic. For example, Tommy was given an honorable discharge from the military, but where and when he served, remain mysteries...Gaps like these make ‘Tommy Flowers’ unsatisfying, and unfortunately, Braza's staging isn't really able to fill them in. Although the fast-paced repartee between characters is laced with humor and pithy one-liners, by the end of the night I had no idea where Tommy Flowers had gone. Worse, I didn’t care."
Read more

“A cheeky little time capsule from 1971 provides glimpses of the loose, inventive spirit of the youthful Terrence McNally...The play is, in some ways, a long monologue interspersed with dramatic scenes. There are also a few fantasy sequences...Through all of this, Gow is great fun to watch. It’s a flashy and challenging role, and the actor explores effectively all the nooks and crannies of Tommy’s jumbled psyche.”
Read more

"Especially timely now, in our present climate of disunity and unrest...Directed by Braza with the requisite combination of outrageous humor, biting observation, and harrowing poignancy...Despite the show’s occasionally stilted delivery and slow pacing, Starting 5’s production presents a welcome opportunity to see one of McNally’s seminal works...Recognizes its relevance for a new audience, addressing many of the important historic issues that have resurfaced in our own time."
Read more

"There are some dated elements to McNally’s script, but much of it remains surprisingly relevant in part because the playwright did not construct a realistic work...It is in ambiguity that the plays finds its resonance, particularly a year into the Trump Era...The ensemble moves seamlessly from the ridiculous to the realistic...Throughout, Gow finds the humanity that underscores all the character’s actions, and thus finds the tragic in the play’s final moments."
Read more

"The auspicious opening immediately pins Tommy Flowers onto a historical timeline, back in the pre-electronic era. It’s wonderfully nostalgic...A series of skits and vignettes, under the guidance of Braza, take us through Tommy’s Big Apple roller coaster of highs and lows...Will he ultimately follow the steps of the dangerous manual? It is here when McNally’s decades old play suddenly leaps from the amusing past into an unsettling present."
Read more