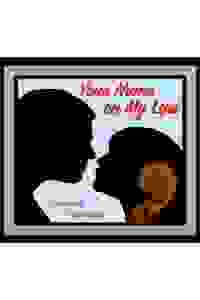 Your Name On My Lips

Theater for the New City presents a new musical about a young artist trying to pursue his passions: painting and his longtime girlfriend. More…

Sam, a self-taught painter, struggles to get into an art institute while fighting to hold on to the love of his life. With a contemporary, classically infused score, 'Your Name on My Lips' is a journey back to when love was earnest, feelings were deep, and romance was unabashedly unapologetic.

See it if You love fluffy. This one is a swing and a miss. Songs are weak. Show is weak. I wanted to like it, but I quickly also wanted to leave.

Don't see it if You want a guaranteed joyful experience. You probably won't have one.I got my tix before the other reviews were posted.

See it if You don't mind boring orchestration, redundant music, a potentially irritating female lead and a pounding, unrelenting piano.

Don't see it if You are looking for a fully polished, Broadway production. Want to make an early night of it.

Also I read several of the reviews before I went and so did not expect the production to be polished, but I felt that given the limitations, the company did a nice job. The first act was better performed than the second as the performers started to over-sing and got more off pitch due to their enthusiasm. It may have been lack of rehearsal time. Off, off Broadway used to be the place for this sort of learning, a crucible in which new performers could gain experience. The issue with Off, off Broadway is the price point of full price shows is often out of proportion to the professionalism. This production with ticket prices of $10-$15 was this exactly right.
My date actually liked the play but found the execution less than stellar (irritating female lead).
... Read more Read less

See it if You enjoy seeing show that are in development

Don't see it if If you want to see a very polished show.

Don't see it if You can do anything else

See it if If you like a coming of age musical with good singers but weak writing. There where a few nice songs.

Don't see it if If you are expecting a well organized show. The actors where good singers but plot and writing were weak.

Also At times plot a little confusing and with it jumping around so much it was hard to really connect with the characters... Read more Read less

See it if Open minded about new works & see show without any jaded, snobbish, unrealistic high standards. Most importantly, you still believe in love

Don't see it if U r persnickety about every detail in a musical being polished & Bway std. U don't appreciate the hard work of tiny budget community theater

Also Although show is closed as of review date, I want to give credit where it is due & encourage this creative team & cast to forge forward with their artistic talents.

First, the book & music/lyrics are beautiful--pleasing to the ears & every word sung is comprehensible as opposed to many mumble jumble crude noise making they call musicals or new opera today.

The story is viewed through the eyes of 60's-70's teenage soulmates in love and their mutual inspiration to each other.
As they grow, their socio-economic divide are further stretched by a social climbing materialistic mother trying to accomplish her dreams through her daughter. The boy is bluecollared & dreams of art school while his college girlfriend is slowly being lured by privileged peers & a rich pursuer & is retreating from her loyal first love. It is a simple familiar love story but refreshing in its wholesome content & romantic sincerity. Editing is needed & better casting for the female parts. All the males are great.

See it if Don't see it

See it if You want to support smaller productions in community spaces. You are interested in exploring love and loss and can tolerate many flaws.

Don't see it if You want to see a polished, fully realized musical. You cannot tolerate multiple plot holes, inconsistent performances and a too-long show.

See it if you are drunk, and are prepared to see something awful. It's amateurish at best, and naively self-important. Unintentionally funny at times.

Don't see it if you can't handle seeing a bad show. I cringed throughout Act 1. This is the only time I have left a show at intermission.

See it if you like musicals and accept developing work on small budget. Music and singing is good. Very nice cello (wish there was more) segment.

Don't see it if you must have elaborate and fully developed Broadway production. Don't like musicals. Seeking unconventional or not romantic plot.

Also Venue is dated, spacious with uncomfortable seats.
Beside good score there are some nice songs and aspects to the show that will propel it in the future especially if good funding could be secured.
... Read more Read less

See it if You enjoy being bored and insult your intelligence to waste time from the pathetic dialogue to the pitiful songs. Awful direction and stagin

Don't see it if You have taste in theatre and want good direction and a decent story and songs for the poor actors to perform.

Also Watching these poor actors trying to practice their craft was just excruciating. The writing of this show was trite and so amateur that even Barbra Streisand wouldn't be able to do it justice. The lack of imagination and creativity was insulting to a 5th graders intelligence. To add insult to injury, the lack of direction actually made me embarrassed for these young actors. I found no redeeming qualities to this travesty and felt it was a thorough waste of my time. We didn't even bother to stay past the intermission which was my favorite part of the show...leaving! It was the first time I felt really let down by show-score. I am going to be more cautious about taking my time to see something to score. I wish I had something nice to say.... Read more Read less

See it if you have time for a sweet, amateurish show w/ all the pitfalls of a work in earliest stages of development. It makes good use of the space.

Don't see it if you want a well-edited show w/ a strong narrative arc. It had too many underdeveloped plot points, and the music & lyrics were not memorable

Also Overall, the show's casual misogyny was hard to stomach. Not only was the female lead uninspiring and unsympathetic, she felt completely lacking in agency, which in turn weakened the romantic pairing at the heart of the show. She makes a number of irrationally poor decisions that are never adequately explained. Likewise, compared to the male minor characters, the female ones are largely flat and exist only in relation to the men around them.... Read more Read less

Don't see it if you only like happy endings

See it if You want to support musicals in their earliest stages featuring a young enthusiastic cast of good singers.

Don't see it if You are looking for anything new by way of a plot or a fully formed show.

Also There are many talented performers in this piece, but the plot is predictable from the beginning and the script leaves much to be desired. The choreography often seems inappropriate, although it gives the cast another chance to show that they have talent. The show is overly long and deteriorates in the second act.... Read more Read less

See it if You like small, intimate productions that wander through the twists of a relationship falling apart. You want your expectations overturned.

Don't see it if You mind uneven singing quality (the lead woman wasn't as good as the rest of the cast), weird pacing, and self-indulgent writing.

See it if You don't mind a weak draw out storyline but great singing by most of the actors.

Don't see it if Want a polished product. Wish it was but it's not.

See it if You want a show with a talented cast. If you like shows that has strong male characters dominating a show. If you like conceptial shows.

Don't see it if If you like a cohesive show, there are a lot of awkward scene changes that take you out of the moment. There are not many memorable songs.

See it if you're a fan of Footloose, Grease and the like and want to see a cheap, mediocre show in marginally that same genre and realm.

Don't see it if you want to see a well-written show that is better than mediocre in any aspect at all.

Don't see it if you like a cohesive show, you prefer a linear plot, you want a thought provoking original show.

Also The talent in this show is incredible, great actors and great singers! But the writing leaves a lot to be desired. The show is almost three hours long and doesn't follow a clear moving plot. There is a LOT of unnecessary exposition and repetition. There are no strong or even likeable female characters, and the songs had no discernible chorus or melody. Transitions between scenes were a disaster.... Read more Read less

See it if You have friends or relatives in this production.

Don't see it if This was not an entertaining show.it was very slow, long and at times bordering on ridiculous. I

“Your Name On My Lips” hasn't been reviewed by any Critics (yet!) 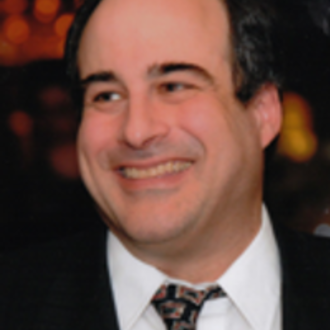 Eric B. Sirota
Lyricist
Get Alerts Alerts On Alerts Off