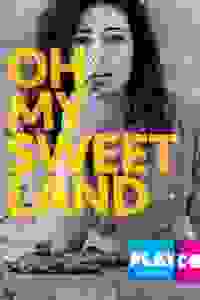 The Play Co. presents this environmentally staged solo play featuring a Syrian woman sharing stories from her past while preparing a meal in various NYC kitchens.

Step into the kitchen. The onions are cooking on the stove and meat is on the cutting board waiting to be chopped. Our host is preparing kubah, a traditional Syrian dish. While she cooks, she tells us the story of meeting Ashraf, a Syrian exile, and falling in love with him as he desperately tries to help those he was forced to leave behind. When he vanishes, she impulsively trails him to her homeland—one she has never known, now consumed by war. As the meal comes together and then falls apart, we hear the tales of brutality, grace, and humanity of the Syrian refugees she meets along the way. Note: This show has no fixed venue. It is staged in a variety of NYC kitchens in private homes and community centers.

See it if Oh, the onions...feel the burn, If you can get a ticket. Willing to step out of theater and into the kitchen.

See it if Just go, if you can. Powerful story, incredible acting, terrific writing and staging. Brings focus to an important story often overlooked.

Don't see it if Just go. Unless you have no sympathy for innocent people caught up in a war they didn't choose.

See it if If you want to experience a forceful and absorbing play about a woman and her stories/memories about war, politics, torture and sex.

Don't see it if You look for a night of light entertainment. The stories that you will hear during this strong performance will leave you devastated

See it if you are numb from all the horrifying images of Syrian cities & refugees - this will rekindle your fatigued compassion. Must see!

See it if You enjoy intimate, site-specific, immersive theatre that explores intense subject matter, both personal and political.

Don't see it if You're hungry: the delicious smells of Ms. Zuabi's cooking are fabulous. Also, chefs, try not to be alarmed by her knife technique. Read more

See it if Intense experience of a woman seeking ... God? ... amidst the Syrian war. Performed in a kitchen. As the meat cooks, so do the people.

Don't see it if You don't want to be immersed in the horrors of the war, alongside the resilience and beauty of the people.

"A wrenching and shrewd solo show...Malouf is a rigorous and impassioned actress with liquid eyes and a way of moving from one character to the next with subtle delineation...The play is about our incomplete ability to wrap our heads around a war being fought half a world away, about our finite capacity for empathy...Yet this isn’t a scolding play or a holier-than-thou one. The woman is realizing the limits of her own awareness right alongside us."
Read more

"Zuabi was inspired to write 'Oh My Sweet Land' after conducting a series of interviews with Syrian refugees in Jordan, and sometimes that research becomes glaring. The hunt for Ashraf stops and these secondary stories take over. That's not such a bad thing, though, since they are far more compelling than the central plot...Malouf conveys these side roles with understated elegance...With few exceptions, Zuabi's staging and Malouf's performance regularly cover for an undercooked script."
Read more

"Malouf taps exquisite emotional precision to tell a polyvocal story of the Syrian people’s suffering...Zuabi overworks his metaphor at times and, as the director, seals the deal with an unnecessary concluding flourish, but those gripes are trifles in the bigger scheme of this production, whose hands-down strength is Malouf’s iridescent performance. She translates the range of human emotions that Zuabi relates with the empathy and imagination of the best storytellers."
Read more

"Zuabi sends his audience across time and space, through vivid storytelling, aggressive smells and sounds, and descriptive detail—all imbued with a furious intensity that is not easily shaken...Guided by Malouf’s relentless stare, we become passengers on her character’s impulsive and complicated voyage...This production physically impacts us. Zuabi wants us shaken from our inertia and any sense that this civil war is happening somewhere else."
Read more