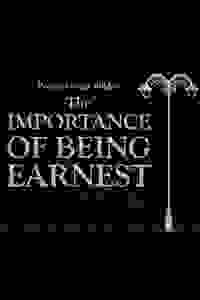 View in admin
The Importance of Being Earnest (Two Ways)
NYC: Midtown W
88
Score it Scored!

The Importance of Being Earnest (Two Ways) NYC Reviews and Tickets

New York Classical Theatre revisits its gender-flipping production of Oscar Wilde's comic masterpiece, where the entire cast swaps roles at every other performance, this summer in an outdoor staging in 3 NYC parks.

Considered one of the great comedies in the English language, Wilde's 1895 classic is a satire of social manners and obligations in Victorian England. In NY Classical's production, the entire cast will swap roles (and genders) every other performance to explore the power dynamics in the script.

The production, which is the centerpiece of NY Classical’s 20th Anniversary season, will play in Central Park from May 28-June 16, Brooklyn Bridge Park from June 18-23, and Carl Schurz Park from June 25-30.

See it if you want to laugh. Wilde penned one of the greatest comedies ever...every sentence sparkles. NYCT gives this gem a proper, unfussy setting.

Don't see it if you only like modern experimental theater...altho try the reverse-gender casting wh upends convention. Some top-notch performances. Read more

See it if you've never seen it! Great fun in both versions. Wlide's clever writing comes through. All of the actors work hard to make a fine ensemble.

Don't see it if you are expecting something novel. Even with the flipped casting the staging and performances are traditional.

“NY Classical Theatre is presenting two variations of Wilde’s masterful comedy of manners...The traditionally cast version is probably fine. But the gender-reversed version is not just entertaining but surprisingly fitting and enlightening...Incorporating gender-reversed casting works perfectly well within its distinctively stylized universe...This might not have been the best production of ‘Earnest’ I’ve ever seen, but it was accessible, pleasant and unexpectedly inventive.”
Read more

“There’s nothing more satisfying...than sitting on the grass...enjoying...a talented troupe of actors performing a witty, erudite piece of classical theater...Wilde’s play being a poke in the inflated pretensions of Victorian notions of duty, respectability, morality, and class, the simple act of switching genders heightened those absurdities...Some were more and less successful with this piece of it...In the end, what counts is the successful portraying of a character.”
Read more

“In one version of 'The Important of Being Earnest,' the Oscar Wilde masterpiece of comic invention, men are men, women are women...New York Classical is playing it both ways. In its alternate version, men will be women and women men...Michalski with his baritone voice and female gestures is ideally suited...The other actors, with their crisp articulation, are on the same page, delighting in the wit and playfulness. The play is in excellent hands...This is good theatre.”
Read more

"While this would seem like an opportunity to further explore the sexual politics of the piece or perhaps even examine it in a different period or setting, the result feels rather tame...Luckily, Wilde's delightfully satiric work does hold up and remains funny, but it sometimes feels like it does this in spite of the gender flipping...That said, Kristen Calgaro and Connie Castanzo shine as Jack/Gwendolen and Algernon/Cecily and deliver Wilde's quippy lines well."
Read more

"Each incarnation is a frothy delight faithfully affirming Wilde’s insightful wit and supreme dramatic construction through theatrical magnificence...Employing hearty English accents, the actors verbally caress Wilde’s ingenious epigrammatic dialogue to optimum effect through the guidance of voice and speech coach Joan Melton. Like a true visionary, Burdman has melded all of these singular elements into tremendously satisfying presentations that breezily play out."
Read more

"The comedy rolls along at a sleek pace, with one clever witticism following hard on the heels of another. Of course, it helps to have a good cast, and the NY Classical cast, under the direction of Stephen Burdman, plays Wilde’s masterful comedy with smooth decorum."
Read more