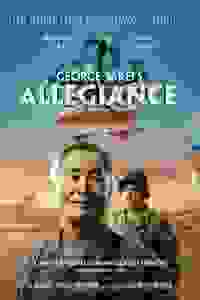 Inspired by the true events from the life of George Takei, 'Allegiance' follows the Kimura family whose lives are turned upside down when they are forced to leave their homes following Pearl Harbor. Wanting to prove his patriotism, Sam Kimura signs up to fight for his country, but his sister, Kei, becomes an activist, protesting the government’s treatment of her people. 'Allegiance' follows the Kimuras as they fight between duty, defiance, and family.