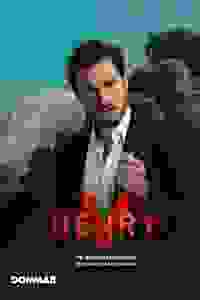 Soon after he ascends to the throne, Henry V considers making a claim to rule France as well as England. He seeks counsel from the Archbishop of Canterbury, but it's when the dauphin sends Henry an insulting message, he decides to invade France.

Directed by Max Webster, this production explores the themes of war, nationalism, and the psychology of power.

Sort by:
A
AndreahRodriguez
10 Reviews | 0 Followers

See it if You enjoy a modern twist on Shakespeare’s war story!

Don't see it if Do not enjoy Shakespeare

Don't see it if …you don’t like loud noises (gunfire and explosions etc), reading surtitles (large sections are in French) or if you don’t like Shakespeare!

See it if Terrific interpretation of Shakespeare’s stirring call to arms. A play transported to a timeless dimension

See it if Kit Harington gives a career-best performance in this interesting and nuanced interpretation of Shakespeare's classic history play.

Don't see it if Shakespeare really isn't your thing.

See it if A modern setting of the play. Nationalism is under the microscope and leadership. Kit Harrington plays Henry as a modern general not a king.

Don't see it if Don't go if you have suffered in war or love the French! Some loud moments and guns on stage.

...Webster’s is the first production I’ve ever seen to approach ‘Henry V’ as a great character study...Probably, he slightly flatters the play. But at the end of the day he gets away with it, in a broodingly impressive production.
Read more

Henry V is immensely mutable: it’s not only what it has to tell us, it’s what it has been made to say over the years that’s striking...Not an all-out triumph but a victory nonetheless.
Read more

At any time, this production would look ill-considered and overblown, despite Harington’s impressive performance. Right now, it’s too much.
Read more

...Webster is more interested in using the play as a study in national identity. That’s as valid as any other approach, but what’s problematic is the sledgehammer tactic.
Read more

Every performance is polished but Harington absolutely stands out...It is puzzling and grating – one of too many bells and whistles in a production where less might have been much more.
Read more

What Max Webster's modern-dress production proves is how many ways Henry V can be interpreted, revealing Shakespeare's uncanny understanding of the brutalising effects of any war.
Read more

For members of the Game of Thrones fan club, it’s also an opportunity to see what Kit Harington (alias Jon Snow) makes of the warrior role. Is he up to the challenge? The answer is a resounding yes.
Read more

The show exemplifies how the meaning of a theatrical production can change radically. A day can make all the difference. Make no doubt: this Henry V is historic in more ways than one.
Read more