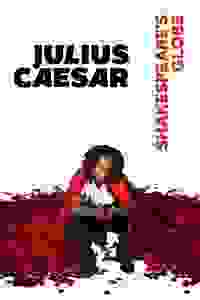 Based on true events in Roman history, Shakespeare’s 'Julius Caesar' is a classic tale of loyalty, ambition and power.

Julius Caesar has just claimed victory in a series of civil wars which has increased his popularity among all civilians. A fellow general, Cassius, along with a group of others including Caesar's best friend, Brutus, conspire to stop Caesar from becoming king.

Director Diane Page won the 2021 JMK Award with her production of 'Statements After an Arrest Under the Immorality Act' by Athol Fugard.

See it if you love Shakespeare and want to see it performed in the Globe theater.

Don't see it if You don't like violence and have a hard time following Shakespeare. Small cast play multiple roles which was a bit confusing at times.

See it if You like those jobs where the direction did not focus on the protagonists, in favor of a more horizontal group work.

Don't see it if You expect to find underlined the greatness of classical rhetoric. Read more

See it if The adaptation is great! Displaying POC in leading roles and queerness. I loved it

Don't see it if You’re anti-LBGTQ+ and racist

See it if Good stage set

Don't see it if Nothing

See it if Great acting, humourous at times and absorbing.

Don't see it if If you want to see an authentic Shakespeare play. the costumes were a let-down and the gender assignment took away the authenticity

Page makes the most of what she has, and directs a really barrelling first half that entertains from the off. It’s an entertaining ‘Caesar’ that turns a relative lack of resources to its advantage, especially in the clean, uncluttered storytelling of the first half.
Read more

Yet Julius Caesar is most effective when played straight through as a political thriller – I’ve yet to see a production in which an interval doesn’t leech the messy second half of forwards momentum, and Page’s production loses its grip on its own thesis after the break.
Read more

The results are more comic than epic. Deaths are almost laughable in their lethargy. There are a few good performances ... [but] this production is something of a wasted opportunity... [it] is a limp interpretation that lacks any true sense of identity or purpose.
Read more

The cast of eight unravel this world of ancient Rome with gusto, but it hardly feels ... as if the person in charge could make or break the country. To the audience, it just feels like a bit of a laugh.
Read more

A bold experiment with female Brutus and Cassius, Diane Page’s direction shines as the the versatile duo compellingly convey the raw struggle for power and prestige so intrinsic to their characters. The actors go a long way to compensate for an absolutely bare-bones set design.
Read more