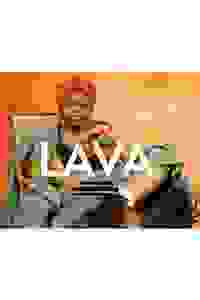 Benedict Lombe’s play follows a woman whose life story is intertwined with a vast expanse of history.

Beginning with intrigue surrounding a name on a passport, Lombe's debut play soon covers great ground. The central character explores her links with the Congo, South Africa, Ireland and England, allowing "Lava" to expose some stark truths in this comic and exposing drama.

Anthony Simpson-Pike’s kinetic production often feels more like a freeform poetic eruption than a sculpted piece of drama. But Adékoluejo is such a titanic presence she sort of irons out the kinks by charisma alone.
Read more

Lava levels some discomfiting accusations about white ignorance of and complacency around Europe’s colonial history – and it ends up calling for a spirit of black resistance to prevail.
Read more

It’s stunningly performed by Ronkẹ Adékoluẹjo. And in a week when racism was laid bare in the UK, but barely discomfited those who enable it, Lava feels shamingly timely.
Read more

My concern about Lava is that while it airs a valuable life-story that bears the bruises of history, and attests to Lombe’s way with words, it fosters an “us and them” spirit just as we’re all coming out of scarring isolation.
Read more

Benedict Lombe's debut Lava covers a lot of ground, in both literal and metaphorical senses...It is a brisk and exciting play, with a firm sense of adventure throughout.
Read more

...Adekoluejo’s performance wins out. No matter how stunned and small she sometimes seems, Simpson-Pike’s direction ensures Adekoluejo is always in command.
Read more