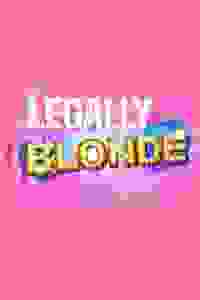 Lucy Moss helms a revival of the big-hearted musical based on the hit 2001 movie.

When sorority queen Elle Woods is unexpectedly dumped by Warner Huntington III, she's willing to do anything it takes to win him back, including enrolling at Harvard's prestigious law school. After a rocky start, Elle later goes on to prove that she's much more than just her looks.

Directed by Lucy Moss ('Six'), who recently made history as Broadway's youngest female director. This production is recommended for ages 12+.

See it if you’re a faithful Delta Nu, or wish you were. Great songs, fun story, star turn by Courtney Bowman - what’s not to love?

Don't see it if you don’t want to see another great effort from superstar creative Lucy Moss. I’m waiting for the follow-up!

See it if you love the material/seeking a very camp outing.

Don't see it if you don't care for the material or high camp.

See it if This is one of my favourite shows, so I was inclined to look over the flaws of this production and try to enjoy it for what it was

Don't see it if An awful production. Sound quality was poor, some performances awful, and it didn't have the spark of the original West End production.

See it if love musicals at the cheesiest possible

See it if You want Edinburgh fringe musicals for £60

Don't see it if If? IF? DO NOT SEE THIS Read more

See it if you want to see one of funniest, most energetic, campiest musical productions in years! Pure joy. Diverse, body positive cast was amazing

Don't see it if you want a traditional musical with type casting. This cast rejoices in whom we are today. They exuded joy. What talent!

See it if A fun show with great music

Don't see it if If you hate the film

See it if you like the film. The plot is the same, you'll see your favourite moments on stage, with some high-energy numbers and catchy tunes

Don't see it if you don't like pink, there's pink everywhere. Also, as an open air theatre don't expect perfect sound or lighting, it has limitations

It’s weird, visually striking and basically pretty funny, but I found it very difficult to get a handle on it emotionally. Never in a million years could this yassified, camped up, queered up take on ‘Legally Blonde’ have served as the original: it is emphatically A Version.
Read more

Bowman holds her own against scene-stealing turns from big-voiced Nadine Higgin as Elle’s beautician ally Paulette and the lithe Lauren Drew as her fitness guru client Brooke. If you love the film, or if you simply go with an open mind and heart, you’ll have a whale of a time.
Read more

Bowman ... not only possesses a terrific set of lungs, but denotes the character’s journey of self-discovery with nuance, shifting from initial hurt and bashfulness to indestructible resolve. I would have loved more of is memorable songs.
Read more

This is a tongue-in-cheek production that comes with a megawattage of kitsch ... Characters are pancake flat ... Campness dominates ... At times it is so pink and squealy that it feels like a summer pantomime. If it is outlandish and ridiculous, it is heady good fun too.
Read more

Moss ... has done something quite remarkable. While upping the fun and the fizz, she has also made it an inclusive power-house of a musical. She also hauls it into 2022. Ellen Kane's choreography is truly fabulous. On its own terms, the whole thing succeeds with magnificent, all-embracing confidence. I had the best of times.
Read more

Go with an open mind and you’ll be blown away. Moss’s diverse casting reinvents conventional ideas of beauty, in line with the idea that character trumps superficialities. Laura Hopkins’s set isn’t easy on the eye.
Read more

Yes, much of the plotting is enjoyable nonsense; it’s certainly not beholden to actual legal proceedings. But amidst its ... giddy gags are extremely pertinent points about how we judge on appearances, whether it’s dismissing women who proudly own their femininity, or discriminate based on race, sexuality or gender identity. Another triumphant musical reinvention at the Park.
Read more

Moss’ all-out approach to comedy comes at the expense of heart, but it mostly works. Mostly, the unrestrained approach adds to the show’s inherent silliness, but sometimes it makes things look a little sloppy. The set design featuring tassels of blonde hair hanging in fringes is an ugly backdrop.
Read more