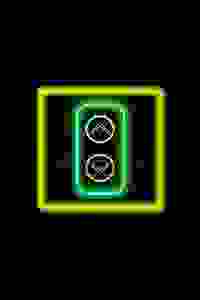 A contemporary musical about London and the strangers who inhabit the fast-paced city.

One man imagines a London underground lift rising to the surface in the space of a minute. During this time, audiences are taken on a journey that delves into the secrets that we hide and also the connections that we share.

A revival production of Craig Adams' and Ian Watson's musical following its debut in 2013.

LIFT is presented through a special arrangement with Broadway Licensing.

See it if You are looking to explore your love of new musicals and support new writing.

Don't see it if The musical didn’t need a revival as it’s previous production didn’t do so well either and it’s clunky with poor direction. Read more

See it if The concept is so interesting. The staging is really interesting and the performance is truly phenomenal and nice intimate venue

Don't see it if You're not interested in something new and exciting. This show is only running for a month. Please go see it

See it if You're doing your A Level in drama or staging, something for the scrapbook.

Don't see it if Just because you really really liked that one song from the show, just listen to the soundtrack with Julie Atherton. Read more

The plot of this 90-minute musical is almost entirely non-existent. Songs are shoved into sequences in a way that is impossible to follow. The actors shift identity in a manner that lacks clarity.
Read more

Faced with insurmountable material, Dean Johnson at least stages the production marvellously, with designer Andrew Exeter installing perhaps the most expensive set this venue has ever seen. The vocal fireworks, at least, will carry you to your destination even if the story does not.
Read more